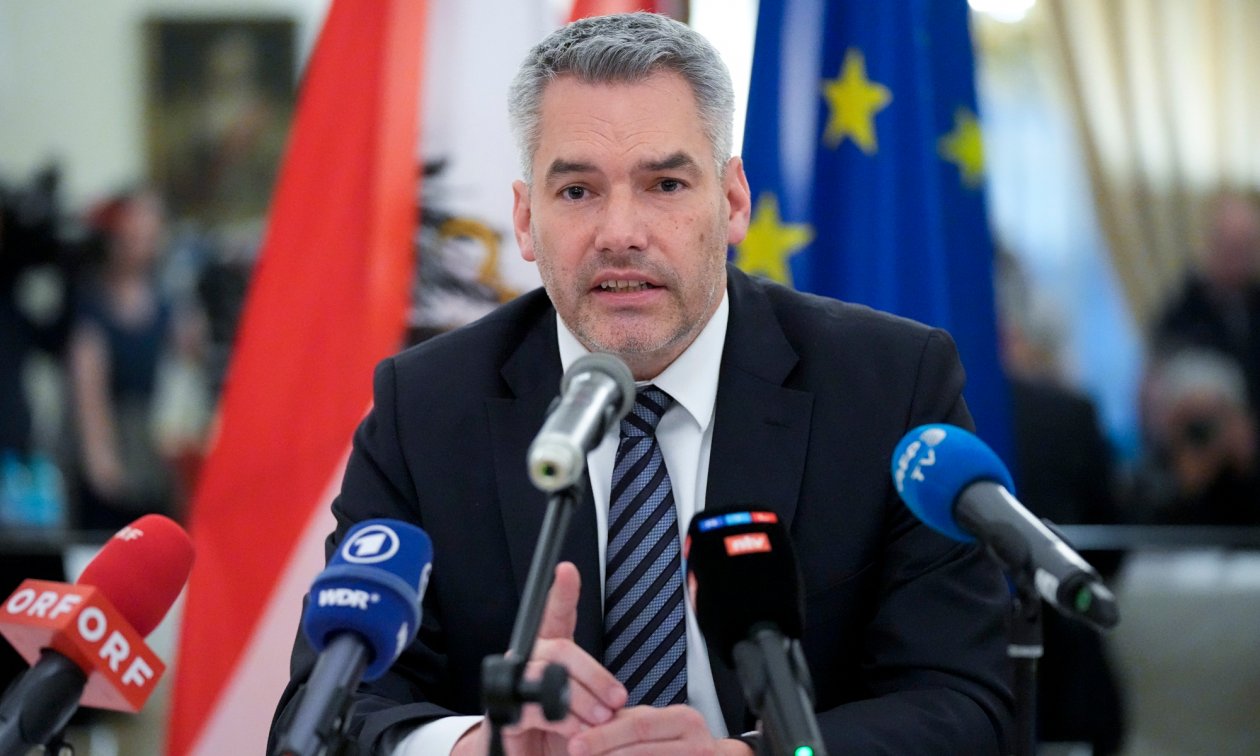 Karl Nehammer’s trip to Moscow was a part of his efforts to seek either an end to the conflict in Ukraine or humanitarian solutions for civilians there.

Russia’s ongoing military operations in Ukraine are unlikely to go downhill in the nearest future, as Austrian Chancellor Karl Nehammer expressed no optimism regarding the situation after his talks with Russian President Vladimir Putin.

Nehammer arrived in Moscow on Monday to become the first European leader to meet the Russian president face-to-face since the invasion of Ukraine. Speaking at a briefing for Austrian journalists afterward, Nehammer gave a grim account of the 75-minute closed-door meeting with the Russian leader, describing the talks as “direct, open and tough.”

“I generally have no optimistic impression that I can report to you from this conversation with President Putin,” the Austrian chancellor said at the briefing.

“The offensive is evidently being prepared on a massive scale which is why I made very clear that stable access for the International Red Cross is needed,” he added.

According to Nehammer, he warned Putin, saying that sanctions imposed on Russia would remain in place and be tightened, meaning long-lasting damage for Russia for decades.

“I clearly told him that his attitude toward war is in no way even remotely shared,” Nehammer said at a news conference, specifying that it is a “war invasion.”

The Austrian chancellor also informed Russia’s leader about Ukrainian President Volodymyr Zelensky’s willingness to have talks with him. However, “no visible reaction followed,” Nehammer added.

According to President Putin’s press secretary Dmitry Peskov, no pictures of the meeting were released afterward, and there was no joint press conference at the Austrians’ request.

Karl Nehammer’s trip to Moscow was a part of his efforts to seek either an end to the conflict in Ukraine or humanitarian solutions for civilians there. Ahead of his trip to the Russian capital, Nehammer, who was sworn in as chancellor four months ago, voiced his readiness to act as a “bridge-builder” between Moscow and Kyiv. He said he was hoping to “do everything possible to make [the war] stop” and to “ensure that steps are taken in the direction of peace.”

Since the start of Russia’s invasion of Ukraine, Nehammer has repeatedly emphasized his country’s commitment to a policy of military - but not political - neutrality. Austria is one of six EU countries that are not members of NATO, having declared itself permanently neutral in 1955. The country has not sent weapons to Ukraine, instead providing humanitarian aid and body armor and helmets for civilians.

On April 9, the Austrian chancellor announced that the EU was about to continue to impose anti-Russian sanctions. However, neutral Austria, which imports 80 percent of its natural gas from Russia, resisted calls to impose an embargo on energy imports from this country.

Since the beginning of Russia’s invasion of Ukraine on February 24, European countries have been rushing to cut their energy dependency on Russia. While the US and the UK have said they will stop buying Russian oil, European leaders have focused on limiting their imports over the next several years through conservation, finding alternative sources, and switching to wind and solar power as fast as possible.

The EU, with its lack of domestic resources and a total population of 447 million people, is considered to be one of the largest and most prolific markets for energy exporters. Russia has dominated Europe’s natural gas market for decades, and its natural gas exports have continued despite the war in Ukraine. To date, Russia supplies 40 percent of Europe’s gas needs.