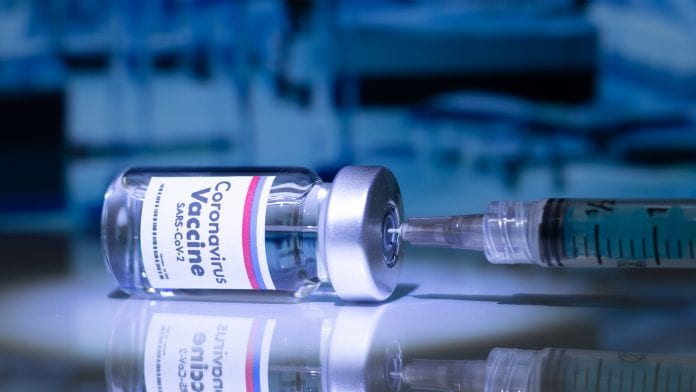 In the statement, the British-Swedish drugmaker voiced confidence that a combination of the two coronavirus vaccines is to help in generating "wider protection through a stronger immune response and better accessibility."

British pharmaceutical giant AstraZeneca unveiled plans to collaborate with the developer of Russia's Sputnik V, the Moscow-based Gamaleya Research Institute of Epidemiology and Microbiology, and explore whether their two coronavirus vaccines could be successfully combined.

"Today we announce a clinical trial programme to assess safety and immunogenicity of combination of AZD1222, developed by AstraZeneca and Oxford University and Sputnik V, developed by Russian Gamaleya Research institute," AstraZeneca said on Friday in a statement issued on its website.

Russia was the first country to register a coronavirus vaccine in August despite Sputnik V's incomplete clinical trials. While the vaccine is yet to complete its third and final phase of testing involving some 40,000 volunteers, its developers revealed that interim trial results of the vaccine showed 95% efficacy. Russia's first vaccine, named Sputnik-V, bears the same name as the world's first satellite launched in 1957 by the Soviet Union during the space race. The name signifies the country's success in being the first nation to have an approved vaccine.

Meanwhile, AZD1222 co-invented by Oxford University and AstraZeneca, a British-Swedish multinational pharmaceutical and biopharmaceutical company showed 62% efficacy in preventing Covid-19 disease in participants given two full shots of the vaccine, according to the latest results. While the Russian Sputnik V vaccine uses human adenovirus, the Oxford-AstraZeneca's AZD1222 vaccine is based on a replication-deficient chimpanzee viral vector. Both are administered in two doses.

In the statement, the British-Swedish drugmaker voiced confidence that a combination of the two coronavirus vaccines is to help in generating "wider protection through a stronger immune response and better accessibility." The pharmaceutical company said adults aged 18 and above will be enrolled in the trials, expected to start before the end of the year.

AstraZeneca's decision to conduct a joint clinical trial with the makers of Russian Sputnik V came shortly after Russia’s Direct Investment Fund (RDIF), which has funded the development of Sputnik V, offered the Cambridge-based pharmaceutical giant last month to try combining the two common cold virus-based vaccines to boost efficacy. According to Russian developers, such a combination might reportedly increase the effectiveness of drugs for revaccination - a second vaccination made in order to strengthen the immune system.

The deadly virus, which was first identified in Wuhan, the capital of China’s Hubei province, in December, has exponentially spread around the globe. After cases of human-to-human transmissions were confirmed, the World Health Organization (WHO) declared the coronavirus outbreak an international public health emergency, but due to a sharp surge in cases, it was soon forced to make a new statement, declaring the outbreak a pandemic.

According to an interactive map from Johns Hopkins Center for Systems Science and Engineering, the number of global coronavirus cases has reached the grim milestones of 70 million cases and 1.6 million deaths.

Although Russia has the fourth-highest number of confirmed infections worldwide, the country's mortality rate is much lower than in other countries. According to official government data, 2,6 million COVID-19 cases have been recorded in Russia since the beginning of the country's outbreak and 46,453 people have died from the virus.