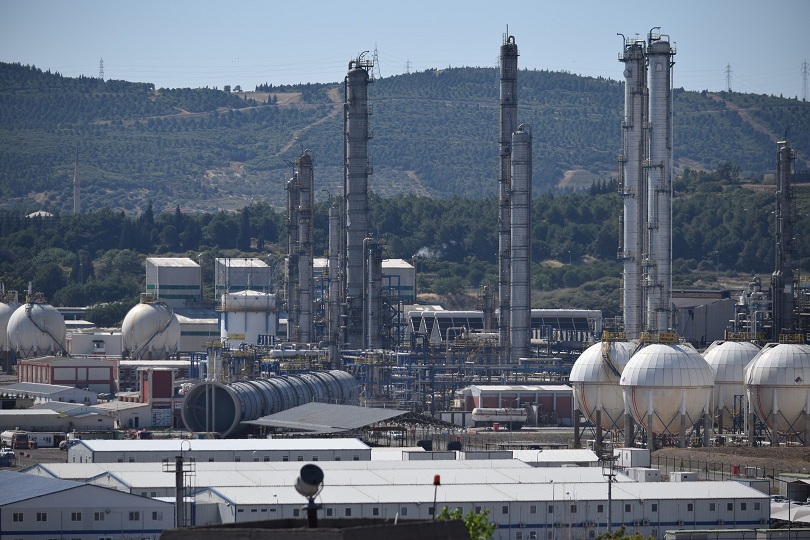 STAR Refinery plant is currently under construction by an international consortium of Spain’s Técnicas Reunidas, Italy’s Saipem, South Korea’s GS Engineering and Japan’s ITOCHU on 2,400 hectares (6,000 acres). As of September, over 91 percent of the refinery has been built. / Ilk Construction

Azerbaijan is helping its Turkic neighbor to the west alleviate reliance on foreign oil-based products through the launch of STAR Refinery, near Izmir in western Turkey, sometime late next year. The construction of refinery is the first such project in Turkey since 1984.

According to information on the website of the State Oil Company of Azerbaijan Republic (SOCAR), its STAR Refinery will support the reduction of Turkey’s dependency on foreign processed oil products by $2.5 billion, or more than 25 percent of its needs.

Ground was broken for the project in October 2011, and construction included a consortium of Spain’s Técnicas Reunidas, Italy’s Saipem, South Korea’s GS Engineering and Japan’s ITOCHU on 2,400 hectares (6,000 acres). As of September, over 91 percent of the refinery has been built. 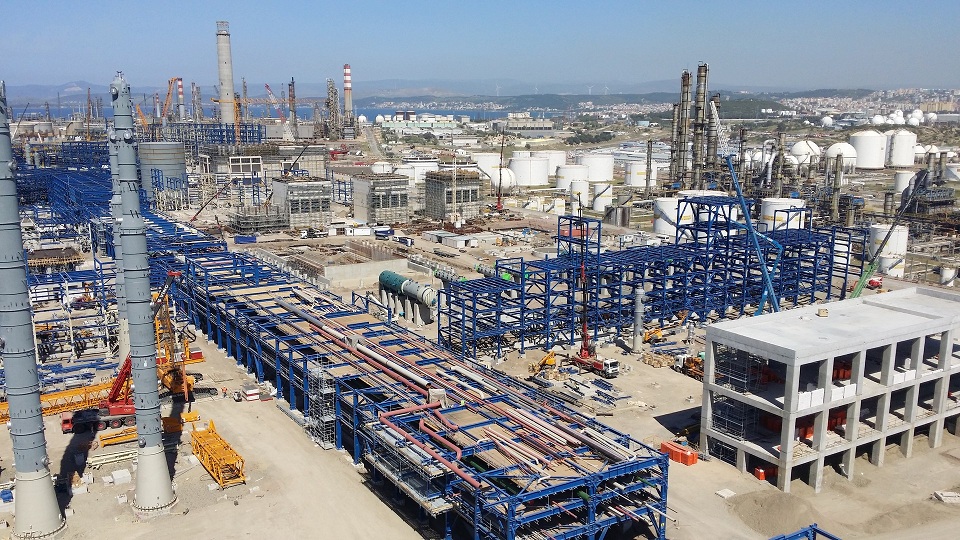 SOCAR chose the Aliaga peninsula, where the coastal city of Izmir is located, as the most suitable spot for the $5.6 billion refinery due to its proximity to Turkey’s largest petrochemical complex, Petkim, and its convenient position for directing refined oil products to Izmir as well as Istanbul.

“Following commissioning of STAR Refinery, which is one of the largest nationalization projects of Turkey, the saving for the importation of the petroleum products will amount to approximately 1.5 billion dollars on yearly basis,” Mesut Ilter, the General Manager of STAR Refinery, was reported as saying during his visit to the complex earlier this month.

Turkey’s $863 billion economy depends heavily on imports to meet its energy demands, due to a lack of national fossil fuel reserves. Only 26 percent of its total energy demand comes from domestic resources.

In 2015, Turkey paid $36.6 billion for energy imports from foreign countries. Its crude oil imports stood at almost 504 thousand barrels per day (bpd) as of December 2016, according to the economic data collection and analysis firm CEIC Data, and its average oil purchases between 1995 and 2016 stood at about 469 thousand bpd.

Between 2000 and 2016, Turkey had the highest rate of growing energy demand, mostly stemming from oil and gas, amongst 35 countries of the Organization for Economic Co-Operation and Development (OECD), which includes the U.S., Canada, Germany, France and Japan.

Azerbaijan’s SOCAR has been zeroing in on Turkey’s energy market, having made major investments through its affiliate SOCAR Turkey Company, since 2008. SOCAR boasts the largest foreign investor status in Turkey, and as of August 2017, its investment in the country hit a record $12.7 billion. SOCAR is looking to bring that number to $19.5 billion by 2023, through financing and developing additional projects, like the Petkim petrochemical plant; the TANAP natural gas pipeline, which will form one of three segments in the Southern Gas Corridor; and the Petlim container port.