As Russia Prepares To Shift Space Operations By 2030, It Preps Kazakhstan With Launch Complex 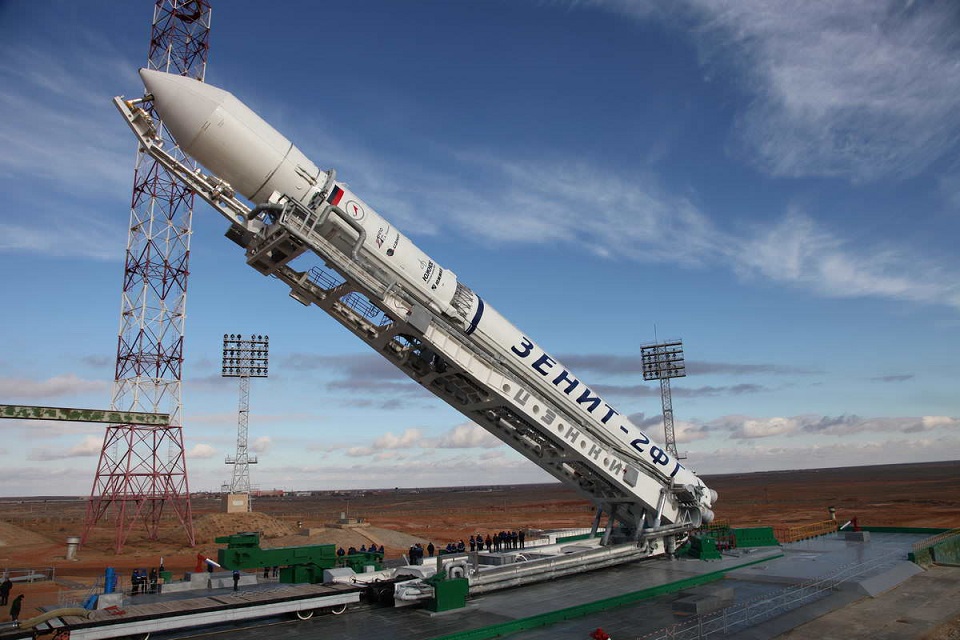 Launch Site 45 at Baikonur was constructed for Zenit rockets launches in 80’s.

Russia is planning to complete the transfer of a launch complex to Kazakhstan at the Baikonur Cosmodrome, which consists of two launch pads for Zenit rockets launches.

"The transfer of ground infrastructure facilities of the Zenit-M space rocket complex from the Russian Federation will be accomplished in May 2018," Deputy Chairman of Aerospace Committee of the Kazakh Ministry of Defense and Aerospace Industry Galymzhan Danbayev told Izvestia news agency.

Launch Site 45 at Baikonur was constructed for Zenit rockets launches in 80’s. Initially, there were two launch pads; however after launch failure at the right-side launch pad in 1990, it was totally destroyed. The left pad is still in operation and is used for implementing the Land Launch international project, organized by leading Russian space rocket enterprises, as well as those from Ukraine and the U.S., to deliver payloads weighing up to five tons via launching the Zenit-3SLB into elliptic orbits and using the space-rocket complex known as Zenit-M.

Although the Soviet-era Baikonur cosmodrome is located in southern Kazakhstan, the country does not own any space-system engineering and launching infrastructure of its own. Instead, Russia leases the facility from Kazakhstan, and has a contract in place to last until 2050. In exchange, Kazakhstan is getting from Russia infrastructure, engineering networks and communications systems to help develop the country.

Russia is also planning to finish its renting of an assembly and processing complex at Site 42, where ground checks of the Zenit rocket and pre-launch preparations take place.

Kazakhstan has big plans for its space facilities, and is looking to modernize them given the expansion of private space programs emerging around the globe. Site 45 will also be used to launch the Russian-made Soyuz-5 rocket, a new medium-class launch vehicle designed to carry Russian cosmonauts into space, and serve as a stepping stone towards the development of a Russian-made super-heavy rocket.

After the Soviet Union collapsed in 1991, Russia changed its status in relation to the world's first and largest operational space launch facility at Baikonur from owner to lessee. Moscow and Astana have been negotiating a more active role for Kazakhstan at Baikonur. Both countries have developed the Baiterek Rocket and Space Complex project, which aims towards more eco-friendly rocket launches.

Since the 1990s, Kazakhstan has been home to roughly 470 launch missions. But Russia is looking to reduce its dependence on its southern neighbor, and has constructed the Vostochny cosmodrome in Russia’s Amur region, near the Chinese border, or roughly 3,500 miles (5,632 kilometers) east of Moscow. Russia plans to launch 90 percent of its space missions from Vostochny by 2030.