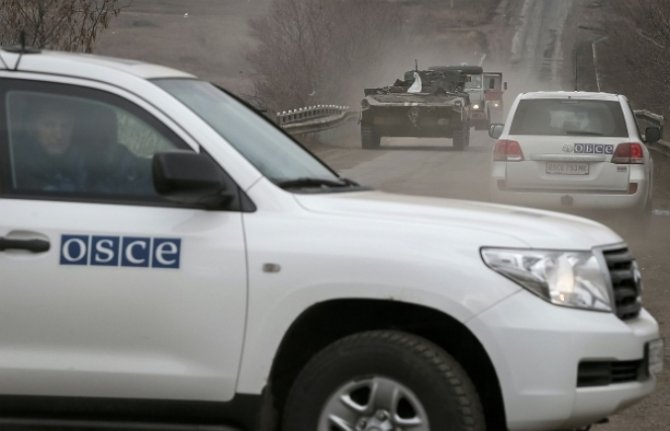 Efforts towards resolving the Nagorno-Karabakh conflict between South Caucasus neighbors Azerbaijan and Armenia are expected to get a boost from the Organization for Security and Cooperation in Europe (OSCE) in 2018, thanks to a statement made the foreign minister of Italy, which assumed the rotating chairmanship on December 31.

“Seeking the ‘spirit of Helsinki’ is not to return to the past, but to rediscover the spirit that secured dialogue even in the toughest years of the nuclear threat,” said Angelino Alfano, referring to the Helsinki Final Act of 1975, which addressed simmering global threats and issues pertaining to the USSR, including the longstanding conflict over the Nagorno-Karabakh region of Azerbaijan but claimed and occupied by Armenia.

Ongoing conflicts in Europe, including that in Ukraine, territorial disputes in the Abkhazia and Ossetia regions of Georgia, and the conflict in Azerbaijan’s Nagorno-Karabakh region, and Transdniestrian settlement process pertaining to Moldova are all considered priorities for the OSCE under Italy’s chairmanship.

Alfano said the crisis in Ukraine “called into question the very principles on which the OSCE is based,” and added that Rome will “continue strengthening the OSCE’s work to address other protracted conflicts through the existing formats: the Geneva International Discussions on dealing with the consequences of the 2008 conflict in Georgia; the 5+2 Transdniestrian settlement talks; and the work of the Minsk Group and the efforts of its three Co-Chairs in resolving the Nagorno-Karabakh conflict.”

OSCE involvement in the Nagorno-Karabakh conflict resolution process began in 1994 and as a result of the three-year war fought by Armenia and Azerbaijan. The Minsk Group, a special task force formed under the auspices of the OSCE and co-chaired by Russia, France, and the U.S., became mediators of the conflict, working to find a peaceful solution. The Minsk Group is charged with continuously monitoring the Armenia and Azerbaijan armed forces’ line of contact, as well as arranging meetings between the countries’ foreign ministers and heads of state.

While Italy vows to help resolve the conflict under the terms and spirit of the Helsinki Final Act, analysts are weary over the OSCE’s role.

Ilgar Velizade, a political expert in Baku, says there is no sense of expecting a positive contribution from Italy’s OSCE chairmanship to the resolution of the conflict, saying the change amounts to a routine shift.

“However, Azerbaijan is interested in and could make use of Italy’s experience in settling down local separatist inclinations in its Valle d’Aosta and Trentino autonomous regions, where Rome eradicated the start of separatist movements with giving broader authorities to both regions,” Velizade told Caspian News, referring to two regions in Italy’s north.

“Unfortunately, Armenia takes a destructive stance on the Nagorno-Karabakh issue and emerges naïve towards such proven practices in conflict solution. Hence, Italy will not achieve a tangible result to bring the conflict in Nagorno-Karabakh to end.”

Azerbaijan’s Nagorno-Karabakh region turned into a battlefield in 1992, after Armenia launched a military campaign against its eastern neighbor in an effort to grab land that was partially populated by ethnic Armenians alongside indigenous Azerbaijanis. The settlement of Armenians in territories of Azerbaijan, including in Nagorno-Karabakh, was carried out by the Russian Empire in the 19th century. The full-scale war lasted three years and resulted in Armenia occupying Nagorno-Karabakh region and seven surrounding districts, all fully inside Azerbaijan’s internationally recognized borders. The conflict was never resolved – instead, the war ended in a ceasefire in 1994 – and continues to this day.

Last week, the Azerbaijan President’s Aide for Political and Public Affairs Ali Hasanov said in an interview with the Jerusalem Post that Azerbaijan is ready to compromise on the issue and grant autonomy to the region.

“We are ready for a certain compromise and a constructive solution to the problem. In this regard, we consider the issue of granting a wider autonomy to the Nagorno-Karabakh region within Azerbaijan, as well as full provision – in accordance with Azerbaijani legislation and international legal norms – of civil, socio-economic and cultural rights of the Armenian population living there as the primary way for sustainable, effective and fair settlement of the conflict.”

Analysts like Elkhan Shahinoglu, the head of the Atlas Research Center in Baku, are skeptical of the OSCE’s words.

“Each chairman country of the OSCE repeats the same words that they will work hard for settling the conflict in Nagorno-Karabakh; however, all have been in vain over 25 years of working,” Shahinoglu told Caspian News.

“Italy on its own cannot accelerate the resolution of the conflict,” Shahinoglu added. “Major global powers should team up, too. But, we see the world leaders have different interests in the region and in the conflict. They have not been putting pressure on Armenia to start withdrawing its armed forces from occupied territories. So, Italy’s OSCE leadership will not push the conflict toward its end.”