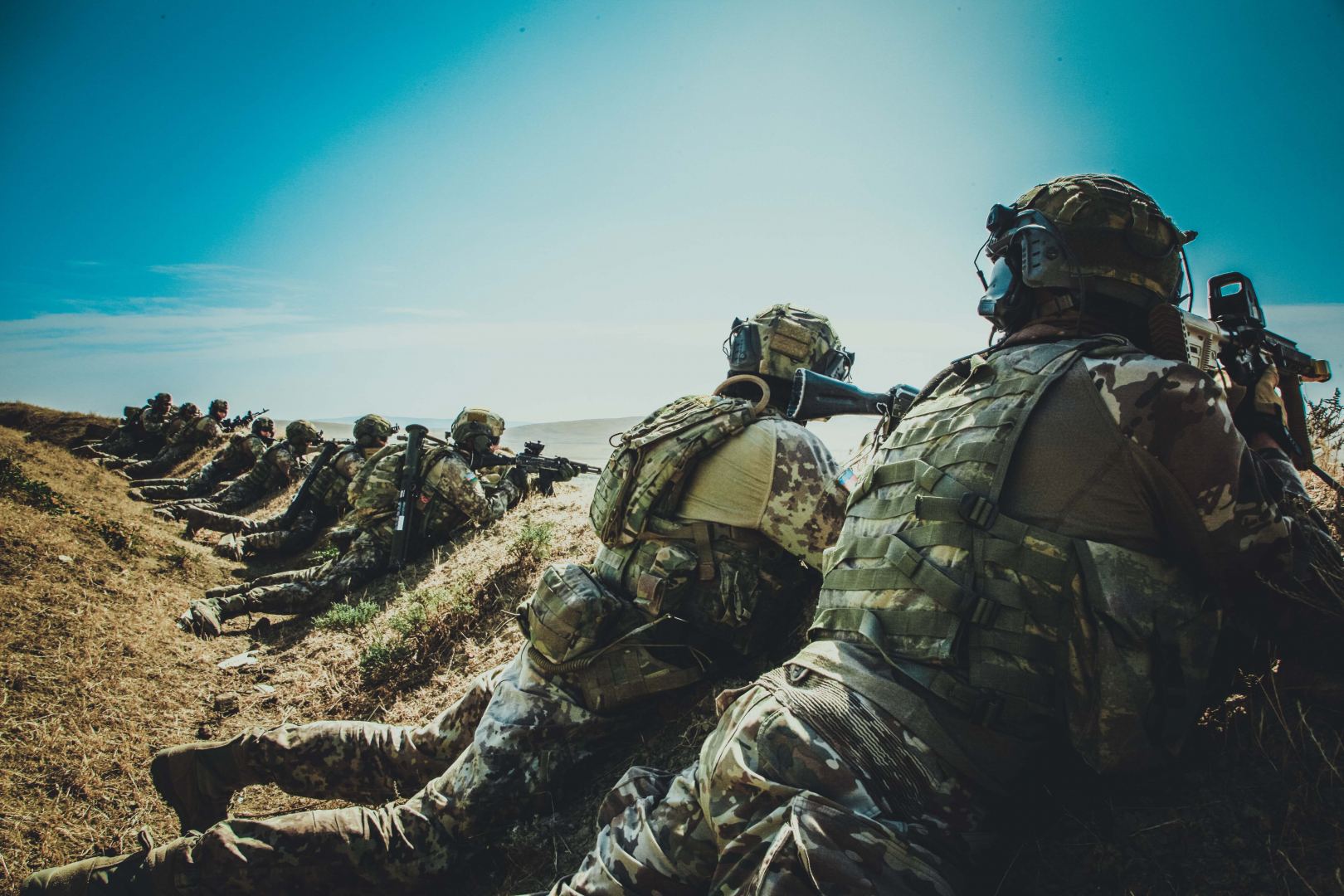 According to the Defense Ministry of Azerbaijan, the Armenian saboteurs mined the territories and supply routes between the positions of the Azerbaijan army units on September 13. / Courtesy

Tensions on the Armenia-Azerbaijan state border escalated again on Tuesday after the Armenian military began intensive shelling and committed large-scale provocations targeting the Azerbaijani districts of Dashkasan, Kalbajar and Lachin.

According to the Defense Ministry of Azerbaijan, the Armenian saboteurs mined the territories and supply routes between the positions of the Azerbaijan army units on September 13.

“At night, the sabotage groups of the Armenian armed forces using the mountainous terrain of the area and the existing ravine gaps mined the territories and supply roads between the positions of the Azerbaijan Army Units in different directions. Confrontation occurred as a result of urgent measures taken by the Azerbaijan Army Units in order to immediately suppress these actions,” the ministry said in a statement.

“The Armenian armed forces stationed in the directions of Basarkechar, Istisu, Garakilsa and Gorus settlements using various caliber weapons and mortars subjected to intensive fire some positions, shelters and strongholds of the Azerbaijan Army in the territory of Dashkasan, Kalbajar and Lachin regions. As a result, there were losses among the military personnel, the military infrastructure was damaged.”

According to the ministry, counteroffensive measures taken by the Azerbaijani army resulted in the manpower and combat equipment losses of the Armenian armed forces involved in sabotage operations. The ministry stated that military provocations by Armenia in Azerbaijani territories carried out over the last month were intensive and systematic, in addition to being accompanied by a concentration of offensive weapons, heavy artillery and military personnel along the borders of Azerbaijan.

“All these facts once again demonstrate that Armenia is getting prepared for a large-scale military provocation. By taking such actions, Armenia also aims to slow down the implementation of large-scale civil infrastructure projects carried out by Azerbaijan in the border areas liberated from occupation and maintain a tense atmosphere near Azerbaijan's borders,” the ministry said, blaming the Armenian military-political leadership for the fatal border incident.

For its part, Azerbaijan's foreign ministry held Armenia responsible for violating international law and provisions of the trilateral statements signed between the leaders of Azerbaijan, Armenia and Russia, as well as existing agreements between Azerbaijan and Armenia. According to Azerbaijani Foreign Minister Jeyhun Bayramov, the recent actions of the Armenian army contradict the ongoing negotiations towards normalizing relations and achieving peace between Baku and Yerevan.

“Azerbaijan is not interested in increasing military tension at a time when large-scale restoration and construction works were being carried out by Azerbaijan in these territories liberated from the occupation,” Bayramov told Assistant Secretary of State for European and Eurasian Affairs Karen Donfried on the phone on Tuesday.

“Armenia’s regular opening fires at our positions and civilian population over the past month, increasing militarization along the borders of Azerbaijan, and continuing planting of landmines of territories is an indication that Armenia has been preparing for a large-scale military provocation," he added.

Meanwhile, the Baku-based Caliber.Az news service reported that the two sides agreed to a truce that came into force at 9am on Tuesday. However, it was later confirmed by the same news outlet that the Armenian military violated the ceasefire immediately after it came into effect. The Azerbaijani army had also reportedly prevented the enemy’s next provocation attempt made shortly after the incident.

During his speech to parliament on Tuesday, Armenian Prime Minister Nikol Pashinyan, revealed that Armenia had lost 49 servicemen during the hostilities, adding that the death toll could rise further.

According to numerous reports, Armenian government officials, including Prime Minister Pashinyan, have asked for help from Russia, the Collective Security Treaty Organization (CSTO), of which Armenia is a member country. The officials were also said to have sought support from the United Nations and accused Azerbaijan of escalating tensions between the two countries. Yerevan has reportedly decided to invoke the bilateral Treaty on Friendship, Cooperation and Mutual Help with Russia, and demand that the CSTO and the United Nations Security Council hold a meeting to address the situation.

In addition, Armenia’s Foreign and Defence Ministers, Ararat Mirzoyan and Suren Papikyan, discussed the incident with their Russian counterparts on phone on Tuesday, while Pashinyan “delivered the details” about the clashes to Iranian President Ebrahim Raisi and European Council (EC) President Charles Michel on the same day.

Azerbaijani President Ilham Aliyev and Armenian Prime Minister Pashinyan met in Brussels for talks that were mediated by European Council President Michel on August 31. The meeting aimed to facilitate the ongoing normalization and peacebuilding process between Baku and Yerevan as the leaders agreed to task their respective foreign ministers to start working on the draft text of a peace treaty. The Brussels meeting was the fourth of its kind and built on the agreements reached by Armenia and Azerbaijan, which were previously signed on November 10, 2020, and January 11, 2021.

President Aliyev reiterated Azerbaijan’s position on normalizing ties with Armenia, a process that is based on five principles submitted by Baku to Yerevan in March of this year. For his part, Prime Minister Pashinyan was said to instruct his government to prepare for signing a peace treaty with Azerbaijan some time by year-end.

However, the post-meeting actions taken by the Armenian army exposed different intentions of the Armenian government.

Moscow-based political analyst Igor Korotchenko expressed his view that peace with Azerbaijan is not on agenda of Armenian authorities.

“The purpose of the [most recent] armed provocation from the Armenian side is to disrupt the signing of a peace treaty between Baku and Yerevan. [It is] absolutely obvious,” Korotchenko said.