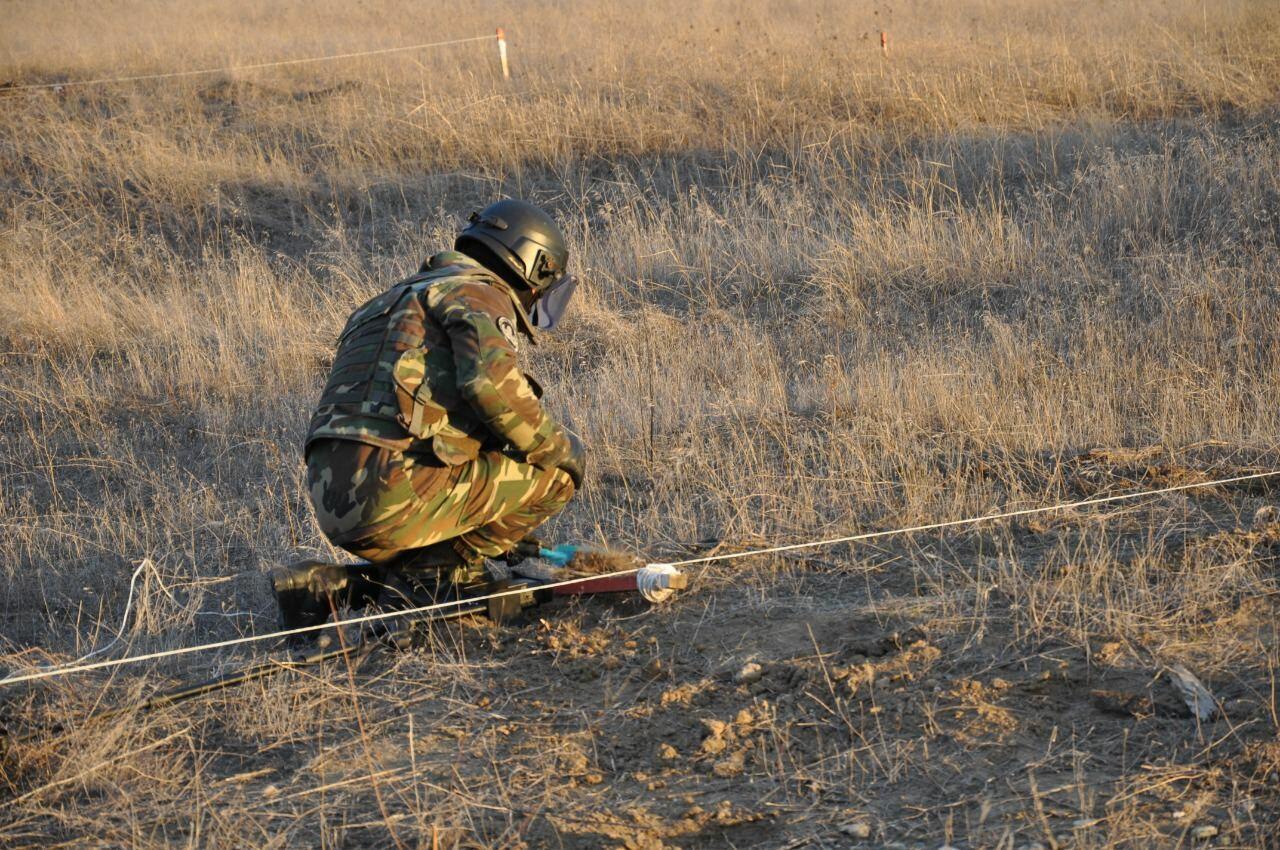 Government officials in Azerbaijan have revealed that the mine clearance activities in the liberated territories face major difficulties due to Armenia’s refusal to submit the maps of areas contaminated by mines.

Hikmat Hajiyev, Assistant to the Azerbaijani President, the Head of the Foreign Policy Affairs Department of the Presidential Administration, accused Armenia of deliberately hiding the maps for nearly five months since the end of the war in Azerbaijan's Karabakh region.

“Armenia hiding the mine maps delays the return of Azerbaijanis to their native lands," Hikmat Hajiyev said in a press briefing in Baku on Monday.

“This also prevents the Azerbaijani government from implementing the restoration works,” he added.

Armenia’s unwillingness to cooperate may lead to huge challenges, including humanitarian and environmental problems.

According to Hajiyev, mines planted in the once occupied but recently liberated Azerbaijani lands pose serious threats to the life of civilians, sometimes leading to fatal consequences. Armenia continues to kill Azerbaijani civilians by hiding the mine maps, committing a military crime, he added.

According to the reports, dozens of Azerbaijanis have been recently wounded or killed by landmines in the liberated areas.

“Since the signing of the Trilateral Statement by the leaders of Azerbaijan, Armenia, and Russia on November 10, 2020, which announced an end to all military activities between Armenia and Azerbaijan, 20 citizens of Azerbaijan, including 14 civilians have been killed as a result of mine explosions in the recently liberated territories. 85 citizens, including 16 civilians have been seriously injured, including the brave employees of the Azerbaijan National Agency for Mine Action (ANAMA) attempting to protect others,” according to the statement published by the Foreign Ministry of Azerbaijan on April 4, 2021.

Azerbaijan’s lands have been mined heavily during their nearly 30-year-long occupation by Armenia since the early 1990s. Armenia kicked off full-blown military aggression against Azerbaijan following the Soviet Union’s dissolution in 1991. The bloody war until a ceasefire in 1994 saw Armenia occupying 20 percent of Azerbaijan’s internationally recognized territories – the Nagorno-Karabakh (Daghlig Garabagh) region and seven surrounding districts. Over 30,000 Azerbaijanis were killed and one million were expelled from those lands in a brutal ethnic cleansing policy conducted by Armenia.

As part of 44-day-long counter-attack operations that took place last year, Azerbaijani forces managed to liberate over 300 occupied settlements, including the cities of Jabrayil, Fuzuli, Zangilan, Gubadli, and Shusha. The war ended in a tripartite ceasefire statement signed by Armenia, Azerbaijan, and Russia on November 10. Armenia also returned the occupied Aghdam, Kalbajar, and Lachin districts to Azerbaijan as part of the agreement.

Shortly after the war, Azerbaijani authorities rolled out full-scale mine clearance operations in the Karabakh region. Government officials and companies from many countries, including Turkey, the United Kingdom, the United States, and Pakistan, have already voiced their intent to help Azerbaijan in this issue. To remove land mines from its areas, Azerbaijan brought cutting-edge mine sweeping machines, such as Turkish-made MEMATT and the AARDVARK of the British production.

Specialists from the Azerbaijan National Agency for Mine Action, known as ANAMA, are currently conducting demining operations in the areas liberated from Armenia’s occupation. As of March 31, over 2,000 anti-tank and 4,000 anti-personnel mines have been found and neutralized.

ANAMA official Samir Poladov believes that demining operations take more time and increase costs due to the absence of the maps of the areas mined by Armenian forces during nearly three decades.

Officials at ANAMA say the neutralization of unexploded ammunition, warheads, missiles in the combat zones could take 5-6 years, while it is about 10-13 years for the mined areas.