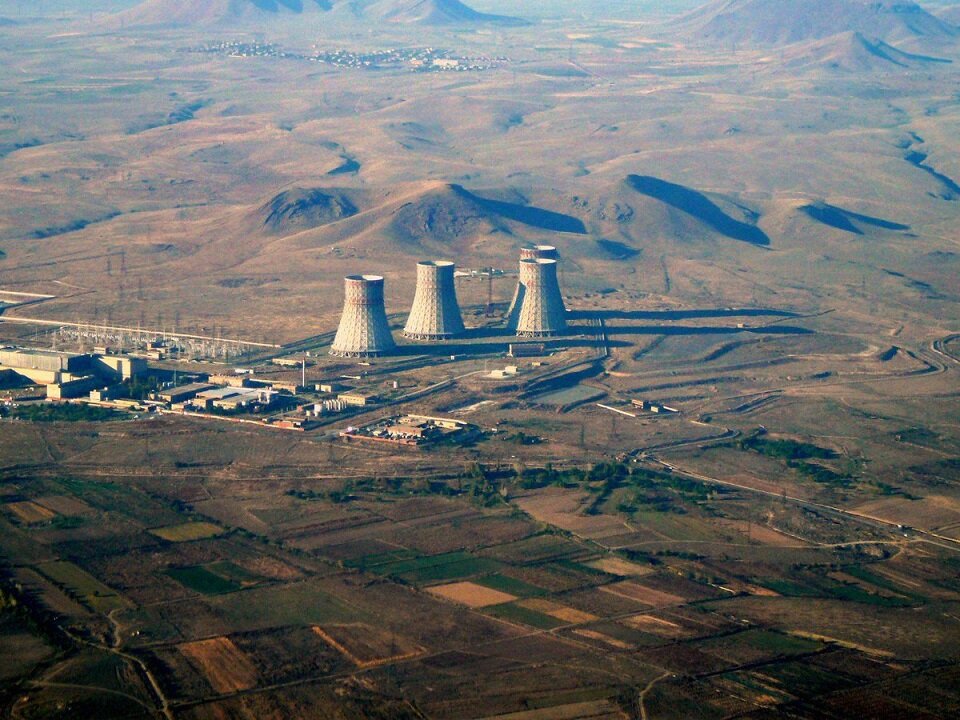 Armenia’s two-reactor Metsamor nuclear power plant is a one-of-a-kind facility in the South Caucasus frequently cited as the most dangerous in the post-Soviet region. / Courtesy

In an article published last week in the US’s The Bulletin magazine, Shaffer made her case for why Armenia’s outdated nuclear plant should be closed permanently.

“By closing Metsamor, Armenia would not only contribute to the safety of its own citizens and those in neighboring countries but strengthen peace in the South Caucasus,” Shaffer wrote.

Armenia’s two-reactor Metsamor nuclear power plant is a one-of-a-kind facility in the South Caucasus and is located about 36 kilometers (22 miles) from the capital of Yerevan. The plant was built on an earthquake-prone zone in the town of Metsamor and was put into operation in 1976 without a containment building. In 1988, a 6.8 magnitude earthquake hit the nearby Spitak region, about 70 km (45 miles) north of the plant, leading to deaths of thousands of people and the closure of the facility. But by 1995, the plant’s second reactor was back in operation. In 2019, the plant generated 27.8 percent or 2 terawatt-hours (TWh) of total electricity produced in Armenia.

As far back as 1995, observers termed it a “reckless gamble” with Armenia's future and the lives of millions of people living in the surrounding countries. At the time, the Nuclear Energy Institute in Washington, D.C. said in a report that Metsamor is not in line with Western-style safety standards, comparing it to Ukraine’s collapsed Chernobyl reactor. That plant, too, lacked a containment facility that would prevent radioactive substances from escaping, in the event of an accident.

Metsamor is frequently cited as the most dangerous reactor of its kind in the post-Soviet region and a core of one of the world’s five nuclear disasters waiting to happen along with the UK’s Nuclear Submarine Fleet, the Cernavoda Nuclear Power Plant in Romania, the Leningrad Nuclear Power Plant in Russia, and the Enrico Fermi Nuclear Generating Station in the U.S. In 2011, National Geographic even suggested that Metsamor might be "the world’s most dangerous nuclear plant."

Shaffer is convinced that Armenia has viable options, such as thermal plants and renewable sources, to replace the output of Metsamor, over half of which is not even consumed domestically but exported to Iran. In addition, the country with a nearly 3 million population gets the most in-demand energy resource – natural gas from Russia, which accounts for 65 percent of the country’s overall energy consumption, according to Shaffer.

“Most energy in Armenia is used for residential purposes and transportation, with only 15 percent consumed by industry,” she wrote, adding that if Armenia shuts down Metsamor NPP and stops electricity exports to Iran, the remaining domestic needs could be met by building one additional thermal-powered electricity plant.

The analyst further added that the EU might urge Armenia to consider a closure in light of recent developments, referring to the last year’s war between Armenia and Azerbaijan.

The clashes marked the most intense fighting between the two countries since the 1994 ceasefire and resulted in liberation of the Azerbaijani territories that had been illegally occupied by Armenia over the last 30 years. Azerbaijani forces managed to regain control over 300 settlements, including five major cities, in the Karabakh (Garabagh) region, which is an internationally recognized territory of Azerbaijan. Now the overall regional trade and transportation links are expected to undergo a major overhaul in line with the post-war strategy.

According to Shaffer, the post-war peace process paved the way for a new road, railway, and energy-development plans that would serve to boost trade and transportation linkages in the South Caucasus region. With the new infrastructure and financing, Armenia could get a fresh opportunity to tap newer, safer, and more diverse energy supplies, the analyst believes.

Meanwhile, Armenia and the EU have been negotiating to close Metsamor NPP since the late 1990s. Armenia agreed to shut down the reactor in 2004. The EU had even supplied Armenia with funds to close the plant and find substitute energy supplies. However, Yerevan’s unwillingness to close the plant led to failure and the grant aid was frozen in 2005. The subsequent formal cooperation agreements between the EU and Armenia, including in 2006, 2011, 2016, and 2017 have all failed to produce a final agreement for the closure and decommissioning of the Metsamor plant. Yerevan has reportedly held simultaneous talks with Moscow to extend the reactor’s lifespan.

The “Nuclear Safety and Security in Europe” resolution notes that 82 out of 184 reactors in Europe have been in operation for 35 years or more, and roughly one in six reactors, including Metsamor NPP, are already outside their 40-year lifespan. The EU has insisted on the shutdown of Armenia’s outdated nuclear plant and similar facilities in Bulgaria, Slovakia, and Lithuania. All except Metsamor was closed.

“The EU is fully aware of the risks posed by the Metsamor nuclear power plant, therefore, a swift closure and decommissioning of the plant remains a key objective for the EU, as this power plant cannot be upgraded to meet internationally recognized nuclear safety standards,” the European Commission Vice-President Federica Mogherini said in a statement released in October 2017.

In February 2020, the Armenian government included the reactor in the country’s 2040 energy strategy, which highlights the further extension of the plant’s life and a 12-15 percent increase in its output. Prime Minister Nikol Pashinyan has reportedly confirmed the continuation of Metsamor NPP’s operation, saying “we will extend the lifecycle of the nuclear power station as long as possible although it is clear that it cannot work forever. In late 2020, the Armenian government announced that its Metsamor nuclear power plant would close for five months in 2021 to attempt some upgrades.