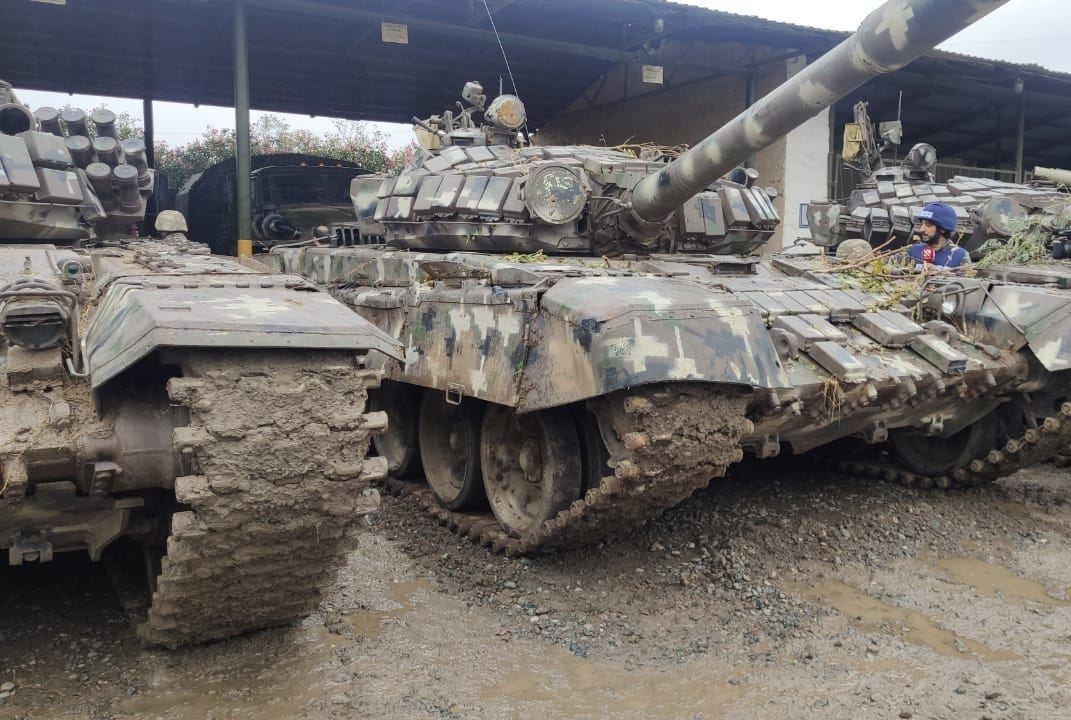 Scholars at the University of Economics of Azerbaijan have recently calculated the cost of Armenia's military material loss in the wake of the latest war in Azerbaijan's internationally recognized Karabakh region.

The total cost of the Armenian army's military equipment destroyed and captured by the Azerbaijani forces during the war is estimated to be $4.008 billion, according to data compiled by the researchers at the Economic Research Institute of the university.

The 44-day-long war in the Karabakh region of Azerbaijan inflicted heavy equipment and manpower losses on the armed forces of Armenia. Azerbaijani army deployed cutting-edge weapon systems from its arsenal into the battlefield, including combat drones, anti-tank missiles, air defense systems and etc.

The price tag for one division of the S-300 air defense complex on the international market is around $250 million, according to unofficial sources. Nearly 20 countries in the world have these Russia-made missiles in their arsenal, including Azerbaijan and Armenia. Russia-made T-72 tanks make up the bulk of the tank fleet of Armenia's army, which is estimated at around 500 units. The next made in Russia tank, T-80, comes in at number two in terms of quantity. A Su-25 attack jet was sold for $12 million on the international market before its upgrade to Su-25SM3 in February 2020.

The $4.008 billion loss in military materiel surpasses the $4 billion state budget of Armenia for 2020, while it is also more than six times the amount of the country's 2020 military expenditure ($634 million). A total of 366 tanks destroyed and captured by the Azerbaijani army account for roughly 70 percent of the Armenian army's fleet of 529 tanks.

President Ilham Aliyev instructed the military officials to bring the war trophies of the national army to the capital Baku and choose a venue for showing them to the people of Azerbaijan. Some of Armenia's military property captured or found abandoned during the war will reportedly be demonstrated in a military parade to be held at Baku's Freedom Square in honor of the victory in the Second Karabakh War on December 10. Turkish President Recep Tayyip Erdogan will be visiting Azerbaijan to attend the military parade as an honorary guest.

The latest outbreak of war in Azerbaijan's Karabakh region started with attacks by Armenia's forces deployed in the occupied Azerbaijani lands on the military positions and civilian settlements of Azerbaijan on September 27. The attacks triggered the Azerbaijani forces to take immediate counter-offensive measures for pushing back the assault. The fighting quickly escalated as both sides have intensively deployed artillery, unmanned aerial vehicles, mechanized forces, and infantry along the frontline.

Before the war ended in a Russian-brokered ceasefire on November 10, the Azerbaijani forces managed to liberate nearly 300 settlements, including five major cities - Jabrayil, Fuzuli, Zangilan, Gubadli, and Shusha, from Armenia's occupation. The occupied Kalbajar, Lachin districts, and the seized parts of the Aghdam district were returned to Azerbaijan under the tripartite ceasefire statement signed by Azerbaijan, Armenia, and Russia.