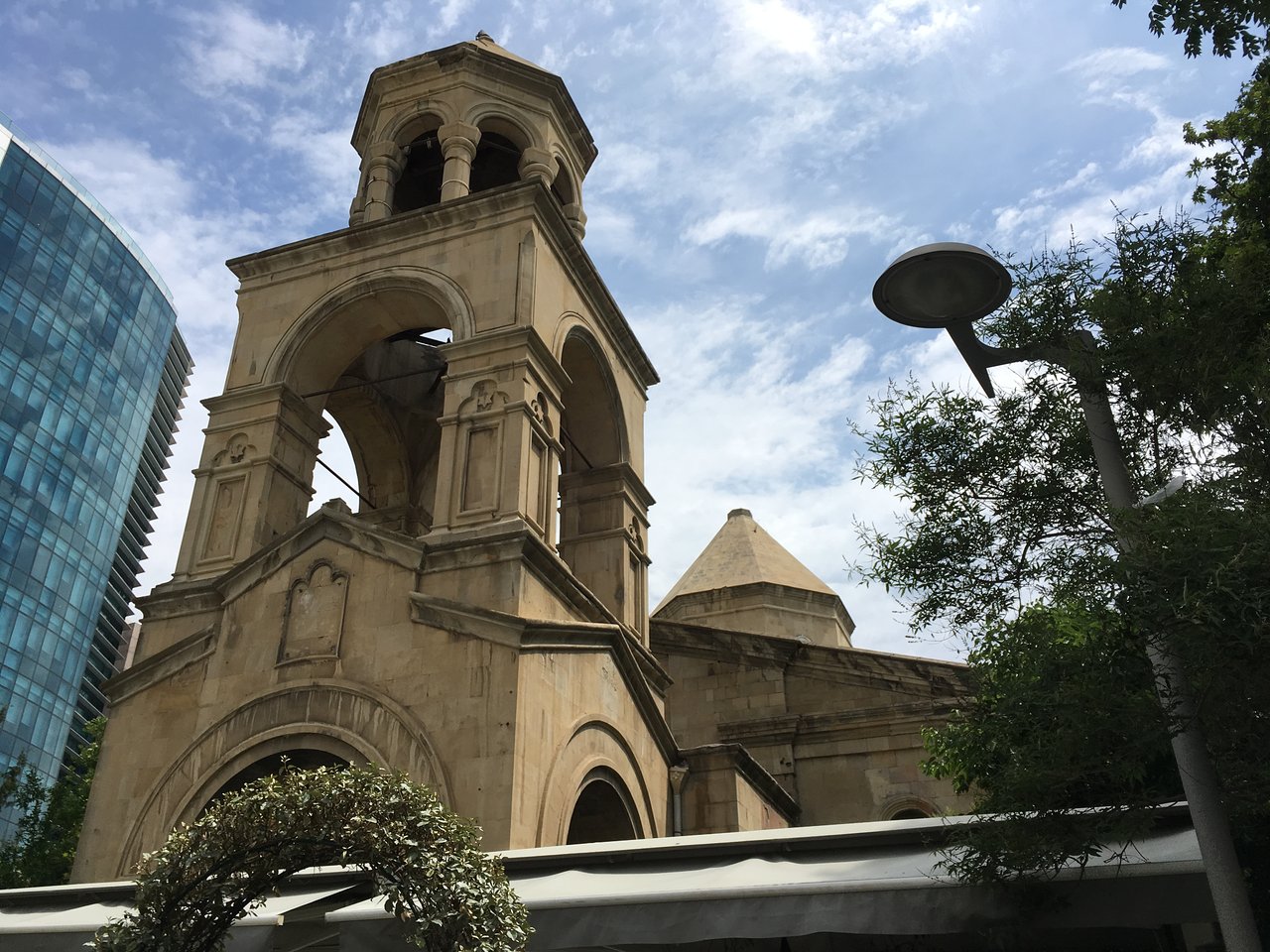 Thousands of Armenians living in Baku addressed a letter to the Catholicos of All Armenians and Armenians living around the world calling for peace and an end to Armenia's illegal occupation of Azerbaijani lands.

The letter notes that tens of thousands of Armenians live in Azerbaijan free of persecution and discrimination enjoying the same rights with all citizens of the country.

"However, for more than 30 years, Armenia has occupied 20 percent of Azerbaijani lands. During these years, constantly peaceful Azerbaijan citizens, including children and the elderly, have been shelled continuously and killed by Armenia," says the letter addressed to Catholicos Garegin II.

“We appeal to the Catholicos of all Armenians in the world, use your authority and power to end Armenia's occupation policy against Azerbaijan, return the occupied Azerbaijani lands to their owners,” it adds.

According to the Azerbaijan National Library data, there are five Armenian-Gregorian communities registered in Azerbaijan. An Armenian church, known as the Saint Gregory the Illuminator Church, has been preserved in the center of capital Baku for 149 years since its construction in 1871. The church hosts an Armenian Library Fund, which is included in the Presidential Library Fund of Azerbaijan.

The letter explained that despite the peaceful existence of Armenians in Baku, around one million Azerbaijanis were displaced forcibly in the wake of Armenia’s occupation policy and the Khojaly Genocide of Azerbaijanis is a black spot in Armenian history.

Starting in 1988, Armenian authorities ordered forcible displacement of Azerbaijanis living in Armenia amidst the rising anti-Azerbaijan sentiments among Armenian population of the country. Motives for discrimination were illegal territorial claims to Azerbaijan. Until the early 1990s, when a war broke out in Azerbaijan’s Nagorno-Karabakh region, 350,000 ethnic Azerbaijanis were expelled from Armenia.

Following the Soviet Union’s dissolution in 1991, Armenia launched a military campaign against Azerbaijan that lasted until a ceasefire deal was reached in 1994. Armenia occupied 20 percent of Azerbaijan’s internationally recognized territories including the Nagorno-Karabakh region and seven surrounding districts. The war in 1991-1994 ended up ousting an additional 800,000 ethnic Azerbaijanis from their homeland. Khojaly Genocide that took place in 1992 was the pinnacle of Armenian atrocities against Azerbaijanis, in the wake of which 613 peaceful residents of Azerbaijan were massacred.

Today, no single Azerbaijani lives in Armenia and in the occupied territories of Azerbaijan, including the Nagorno-Karabakh region and seven surrounding districts – Aghdam, Fuzuli, Jabrayil, Gubadli, Zangilan, Kalbajar, and Lachin. Nagorno-Karabakh is reportedly populated by around 100,000 Armenians currently.

“Thirty years ago, you were happy in the lands of Azerbaijan, where you are living now. Your material well-being was high, and all your human rights were protected. Because Azerbaijan has always treated us as its own citizens,” the letter reads appealing to the Armenians living in the occupied Azerbaijani lands.

“And now the mafia leadership of Armenia has turned you into a victim of its own game. We are very sorry about that. You also have the right and the opportunity to live like a human being, but Armenia has deprived you of this. Please wake up, it's not too late, and refuse to be a tool in this game. Azerbaijan will protect all your rights, including your safety. We are a clear example of this.”

The government of Azerbaijan has repeatedly stated that it will grant the same rights to the Armenians living in the occupied territories as other citizens of the country. Baku vows to ensure peaceful and safe coexistence of Azerbaijanis and Armenians in the Nagorno-Karabakh region.

Armenians in Baku appealed to the mothers in Armenia to refrain from sending their children to the frontline, where they fight for what does not belong to them.

“Everyone in the world, and you know very well that Khankendi, Shusha, Khojaly, Aghdara, Lachin, Kalbajar, Aghdam, Zangilan, Gubadli, Fuzuli, Jabrayil, Khojavend are the historical territories of Azerbaijan. Do not close your eyes to the death of your children in the lands of Azerbaijan, because you did not bring them into the world to become victims of the game of certain forces,” reads the letter.

Armenian officials have confirmed the deaths of 405 servicemen over fifteen days of the ongoing fighting, which broke out on September 27 with Armenia’s forces shelling Azerbaijani positions. However, according to the data provided by the Defense Ministry of Azerbaijan, the overall casualties and injuries among Armenian troops is over 2,300.