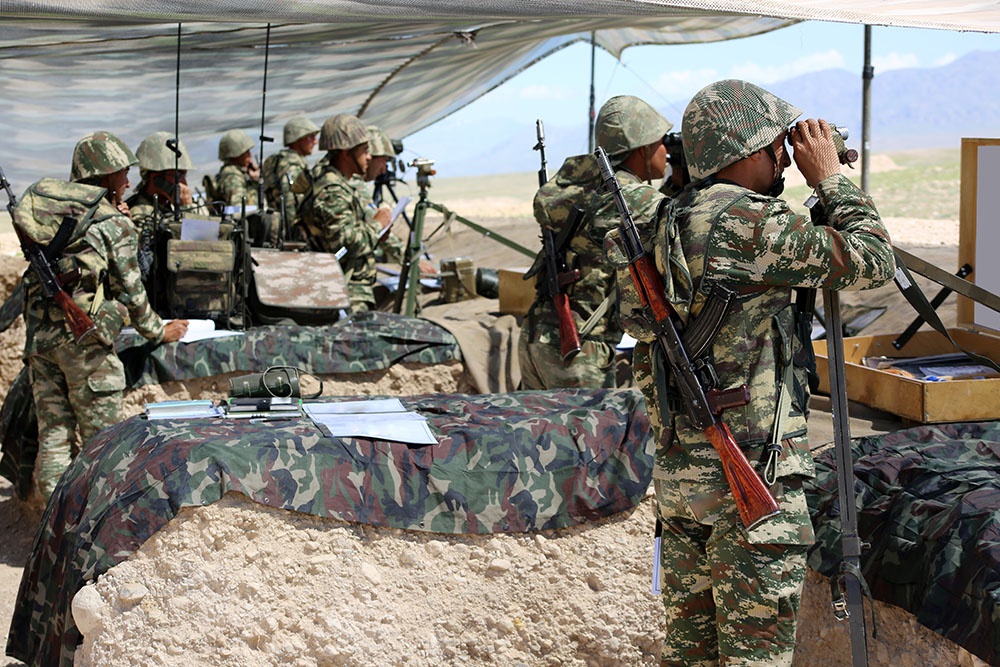 Armenian forces committed a total of nine ceasefire violations in different directions, including in Kalbajar, Nakhchivan, Gadabay, and Tovuz on the Armenia-Azerbaijan state border since the start of July, 2021 / Courtesy

An Armenian sniper has killed an Azerbaijani serviceman at the state border between the two countries.

Azerbaijan’s Defense Ministry has said in a statement that warrant officer Farman Yagubli was killed by sniper fire after the positions of the Azerbaijani Army located along the border section in the Kalbajar district came under fire from Armenia.

The Azerbaijani army took immediate retaliatory measures to push back the assault, according to the ministry.

Kalbajar had remained under Armenia’s illegal occupation since the early 1990s when Armenia and Azerbaijan fought a bloody four-year war after the Soviet Union’s dissolution. Armenia returned the occupied district following the last year’s war.

However, the ceasefire remains shaky amid regular armed violations by the Armenian forces.

The situation on the Armenia-Azerbaijan borderline escalated after Armenia’s inadequate response to the border protection measures of the Azerbaijani army. In May, Armenian authorities claimed that the Azerbaijani troops violated Armenia’s border. Yerevan has even appealed to the Collective Security Treaty Organization with its claims.

However, the Azerbaijani authorities said the activities of the Azerbaijani army did not go beyond the country’s borders and were in line with the maps available to both Baku and Yerevan. According to Azerbaijan’s State Border Service, the border defense infrastructure is now being created along Azerbaijan’s state border with Armenia to strengthen the protection system. Azerbaijan has already launched several border posts, including in the liberated districts of Zangilan, Gubadli, and Lachin.

This multi-modal transport route will restore the shortest connection between Azerbaijan’s mainland and its southwestern exclave of Nakhchivan. The route will be further extended to the eastern parts of Turkey to form a part of a greater East-West trade and transportation corridor. However, the Armenian authorities have been trying to hinder the corridor’s opening with various attempts, including the periodical ceasefire violations.