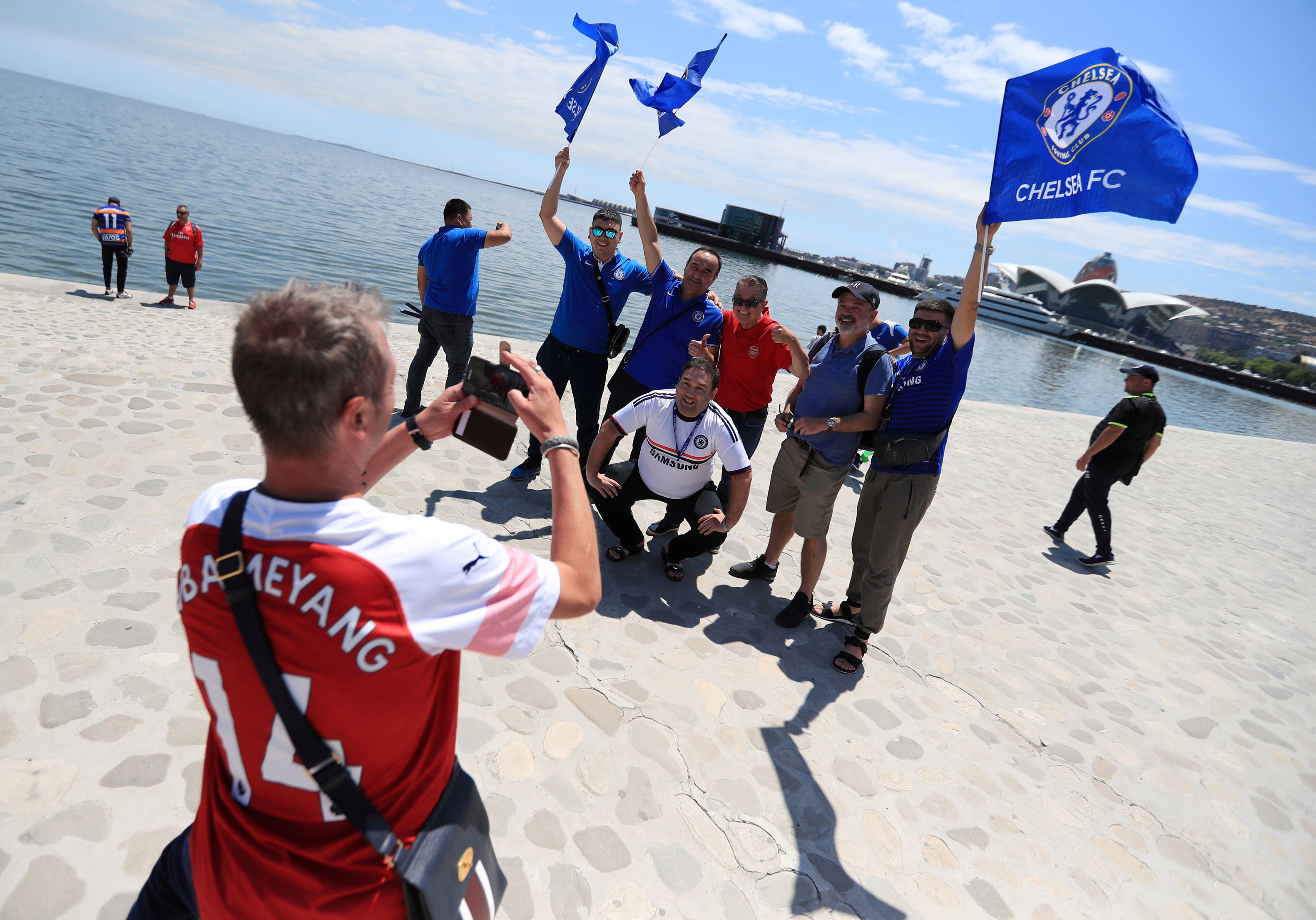 An Arsenal fan photographs Chelsea fans ahead of the Europa League final match in Baku, Azerbaijan, May 29, 2019 / Independent.Ie

The Foreign Ministry of Baku gave a factful response to the next statement by Armenia’s Prime Minister Nikol Pashinyan this week, where he once again targeted officials in Baku - this time in comments made during a media interview in which he put blame on Azerbaijan for the negative sentiments felt in the Caspian country towards Armenians.

Leyla Abdullayeva, a spokesperson to Azerbaijan's Foreign Ministry, responded on Tuesday to Pashinyan’s comments about an Armenian football player, who as he claimed missed a crucial European football match that took place in Baku this May due to the alleged anti-Armenia sentiments in Azerbaijan.

“We’re reminding that official information was circulated from Azerbaijan about providing a full security of all players, including the player of Arsenal football club H. Mkhitaryan, as well as all the fans of the final match of the UEFA Europa League, held in Baku on May 29 this year,” Leyla Abdullayeva, the ministry’s spokesperson, said in a statement issued on Tuesday.

“Mkhitaryan did not come to Azerbaijan to participate in the final game of the Europa League on the basis of his own decision, while Azerbaijan provided all the relevant guarantees.”

In an interview with the Italian newspaper Corriere della Sera, Pashinyan cited the case of the football (soccer) player Henrikh Mkhitaryan who played for the British team Arsenal and did not travel to Baku in May for a match due to alleged security concerns associated with his Armenian roots.

In the lead-up to the May 29 match, Arsenal announced it would not bring the 30-year old Mkhitaryan to Baku for the game against Chelsea, despite reassurances from the foreign ministry that the safety of all players would be assured.

At the time in May, the UEFA confirmed the assurances from the Azerbaijani government, saying it, “sought and received assurances regarding the player's safety in Azerbaijan from the highest authorities in the country,” and that Arsenal received a comprehensive security plan from the government. The decision to not travel to Baku was, according to reports at the time, a personal one made by Mkhitaryan.

But issues with Mkhitaryan did not begin with, nor end, with the match in May. Mkhitaryan sat out the Europa League group match held in Baku on October 4, when Arsenal played against the Azerbaijani team Qarabag. In 2015, he missed a game between Azerbaijan’s Gabala and Germany’s Borussia Dortmund, for which Mkhitaryan played from 2013-2016. According to reports, Azerbaijani authorities provided security guarantees at those games as well.

Armenia and Azerbaijan have been on edge for nearly three decades, ever since a war kicked off in the early 1990s after the collapse of the Soviet Union, over the Nagorno-Karabakh region of Azerbaijan. Armenia launched an all-out military campaign to occupy the region, where partial ethnic Armenian population lived side by side indigenous Azerbaijanis. The full-scale war lasted until the ceasefire in 1994 and resulted in Armenia occupying all of the Nagorno-Karabakh region and seven surrounding districts – all comprising approximately 20 percent of Azerbaijan’s internationally recognized territory. The death toll for Azerbaijan stood at 30,000, while another one million were forcibly expelled from their homes and were resettled in towns across the country.

Despite the issue with Mkhitaryan, 18 athletes from Armenia participated in the first European Games held in Baku in June 2015. The safety and security of Armenian players were not a problem. Armenian wrestler Migran Arutunyan won a silver medal at the European Games. Three months later, the Armenian chess grandmaster Levon Aronian visited Baku to participate in the Chess World Cup.