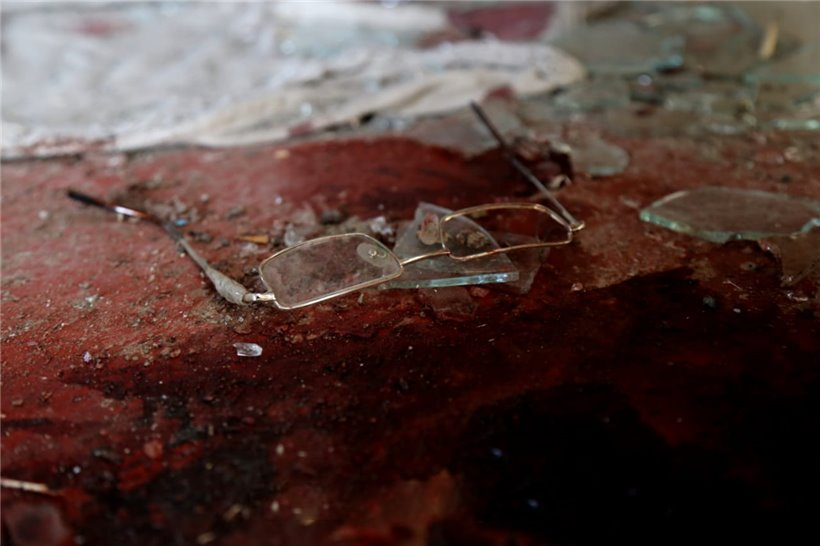 In the third day of border clashes on Tuesday, Armenia's armed forces shelled civilian villages in Azerbaijan's western Tovuz region killing a resident of the village by artillery fire.

The victim was identified as Aziz Azizov, a 76-year-old resident of the Aghdam village located on the frontline of the armies, Trend reported. Azizov was trying to leave his house before being killed by the bomb that fell into the house's courtyard.

Armenian forces have used 120-millimeter mortars and D-30 howitzers to bomb civilian villages. Earlier on Monday, they hit a house in the Dondar Gushchu village of Tovuz with the same weapons. Windows and the bricks of the house were pulverized by the bombardment, according to multiple reports. More than 10 civilian houses in Tovuz were seriously damaged by the artillery fire. 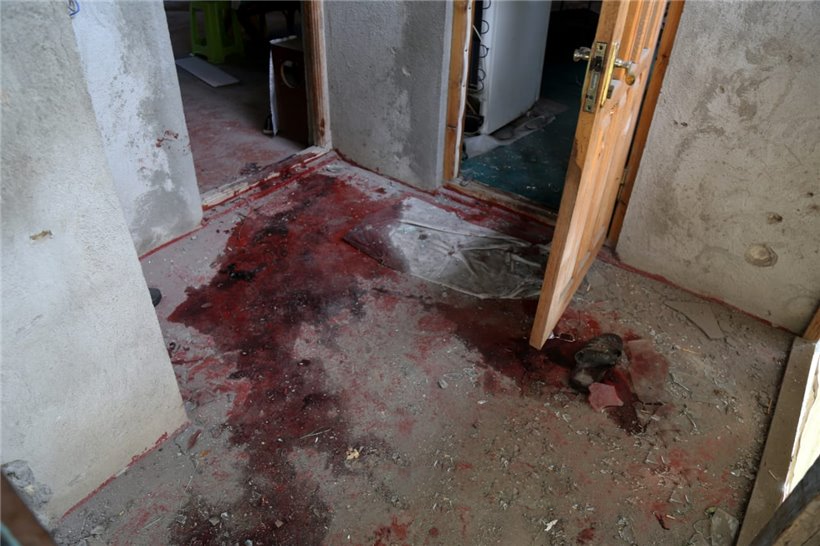 Aziz Azizov, 76, was killed by the explosion of a bomb while he was leaving his house. The bomb fell in the house's courtyard / Mehemmed Turkmen

The Khanliglar village of the western Gazakh region, which shares a 29 kilometer-long border with Armenia was also targeted by the Armenian military's heavy weapons on Tuesday.

Skirmishes on the Armenia-Azerbaijan border broke out on July 12 following Armenia's artillery fire on Azerbaijani positions stationed along the border which led to intensive clashes that have claimed lives on both sides.

Defense Ministry of Azerbaijan reported on Tuesday that the fierce battles continue in Tovuz and resulted in the deaths of seven more servicemen of Azerbaijani army, including one general, one colonel and two majors.

"The enemy’s military and combat equipment for various purposes, command post, reserves in the depths of defense were destroyed, and hundreds of its servicemen were killed as a result of punitive measures undertaken to suppress the enemy’s activity," the ministry said in a statement published on Tuesday.

Armenia's Defense Ministry confirmed the deaths of two high-ranking officers and injuries of five more, including two policemen. However, social media users in the country claimed that the government is deliberately hiding real numbers, which they believe is more than 30, of which seven are said to be officers.

Tensions between Armenia and Azerbaijan have remained high for nearly 30 years, since the occupation of Azerbaijan's Nagorno-Karabakh region by Armenia in the early 1990s. The anti-Azerbaijan sentiments in Armenia has later transformed into an all-out military campaign against Azerbaijan that has led to catastrophic consequences. The four-year war began in 1991 and ended in 1994 with a ceasefire after 30,000 Azerbaijanis were killed and one million others were displaced. Armenia now occupies Azerbaijan's Nagorno-Karabakh region and seven surrounding districts.

Despite the four UN Security Council Resolutions demanding unconditional withdrawal of the occupying forces from Azerbaijani lands and political negotiations mediated by the OSCE Minsk Group, the government of Yerevan revokes all efforts to fetch a non-military resolution to the conflict.

Officials in Azerbaijan called on the international community and OSCE Minsk Group to take action against the Armenian military assault of civilians in Azerbaijan. However, the Minsk Group, which is co-chaired by diplomats from Russia, France, and the U.S. issued the next routine statement to urge the sides to immediately be back at the negotiation table and return OSCE monitoring mission to the region.

Secretary-General of the United Nations, Antonio Guterres expressed his deep concern over the fatal clashes and called to de-escalate the tensions.

Officials from Turkey, Pakistan, and Ukraine have also voiced their concerns over the deadly border clashes. Turkey's Foreign Minister Mevlut Chavushoglu blamed Armenia for provoking the situation along the border and called for the resolution of the Nagorno-Karabakh conflict within Azerbaijan's territorial integrity.