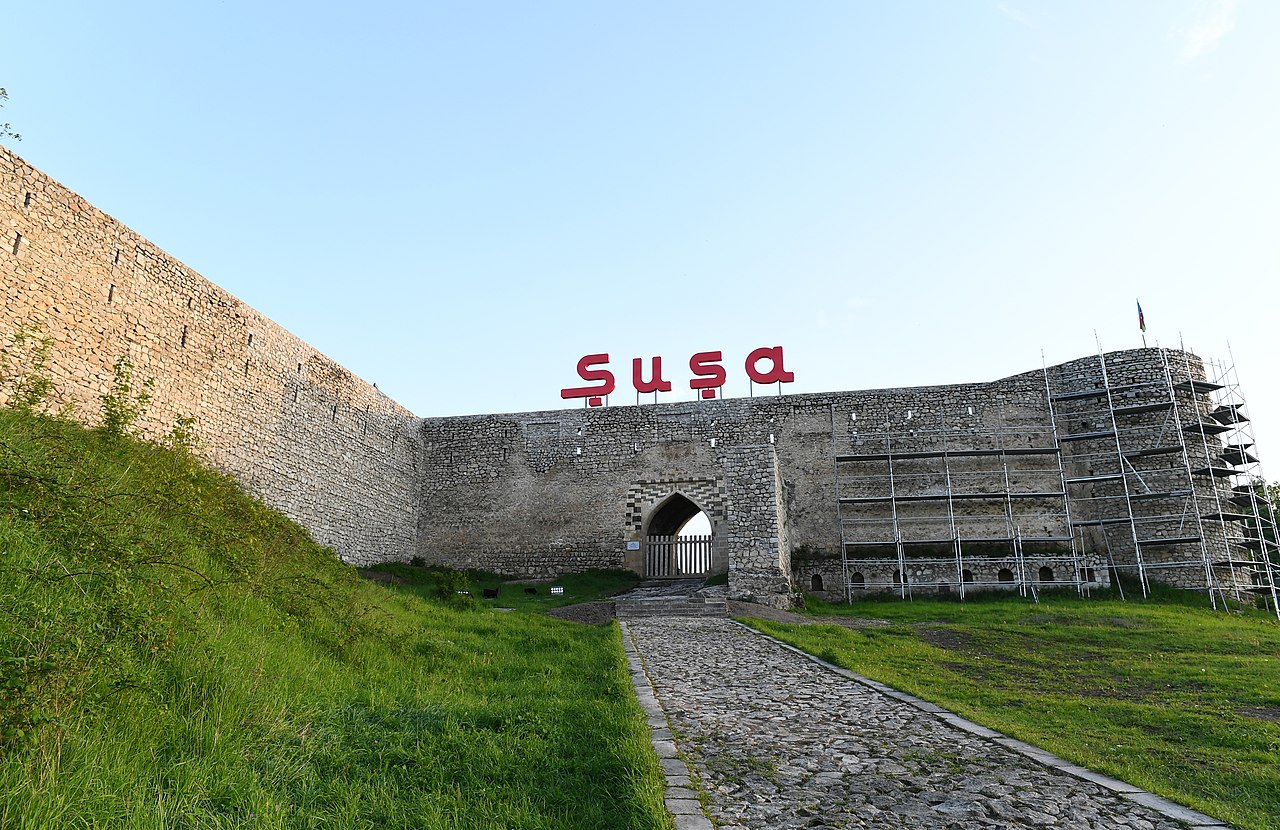 The Azerbaijani city of Shusha, located in the country's Karabakh region, was shelled once again by illegal Armenian armed gangs on Friday. Armenian armed detachments targeted Shusha from Azerbaijani territories, where Russian peacekeepers are temporarily deployed, the Defense Ministry of Azerbaijan reported.

According to the ministry, shelling lasted more than an hour before the provocation of illegal Armenian armed detachments was prevented by Azerbaijani forces.

“As a result of the vigilance and immediate measures taken by servicemen of the Azerbaijan Army, the opposing side suffered losses and was suppressed,” the ministry said in a statement, adding that the Russian peacekeeping command and the Turkish-Russian Joint Monitoring Center were informed about the incident.

Since mid-July, the Armenian gangs targeted Shusha at least eight times. The armed provocations grossly violate and compromise the ceasefire agreement signed by Armenia, Azerbaijan and Russia on November 10, 2020.

Shusha is considered a key city in Azerbaijan’s Karabakh region due to its geographic location. The city was built in 1752-1757 by Panah Ali Khan to protect the khanate from foreign invasions. The city has long been one of the main administrative, economic and cultural centers of Azerbaijan since its establishment by indigenous Azerbaijanis.

Armenia and Azerbaijan have long been at odds over the latter’s Karabakh (Garabagh) region. Following the Soviet Union’s dissolution in 1991, Armenia launched an all-out military attack against Azerbaijan. The Karabakh region, including the city of Shusha, was occupied by Armenia in the wake of a bloody war in 1991-1994. Over 30,000 ethnic Azerbaijanis were killed, and one million others were expelled from their homes in a brutal ethnic cleansing policy conducted by Armenia.

Famous journalist Thomas de Waal wrote in his book titled “Black Garden” that Armenians had been actively destroying the cultural heritage of Azerbaijan in Shusha following the city’s occupation. Having visited the city 8 years after that war, de Waal called it a "ghost town".

The Azerbaijani army restored Azerbaijan’s sovereignty over Shusha on November 8, 2020. The city’s liberation played a crucial role in the retreat of Armenia’s forces. The war ended in a tripartite statement signed on November 10 by Armenia, Azerbaijan, and Russia. Under the statement, Armenia also returned the occupied Aghdam, Kalbajar, and Lachin districts to Azerbaijan by December 1.