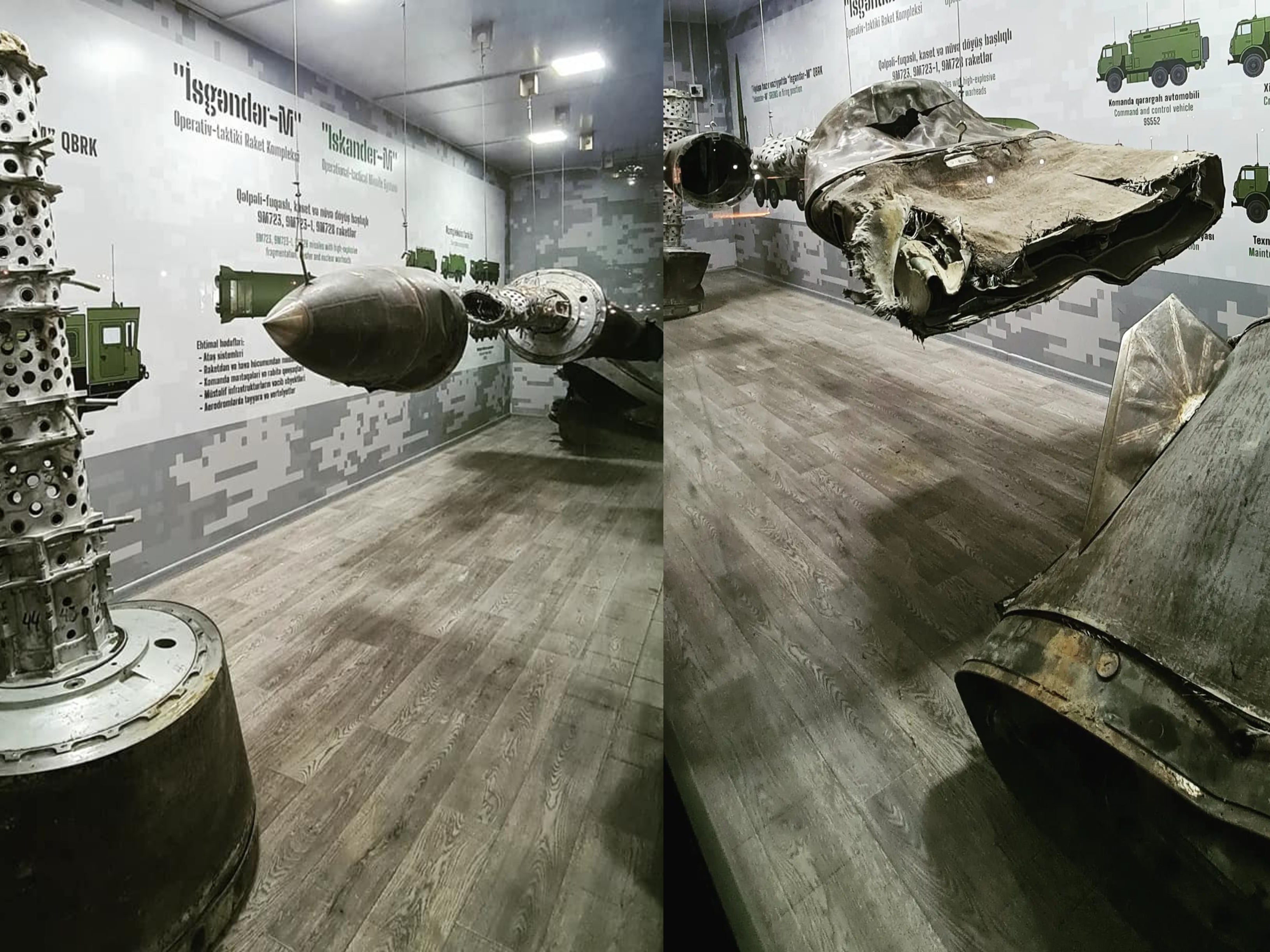 Armenian military expert Van Hambardzumyan stated that four Iskander tactical ballistic missiles were used by the Armenian forces against Azerbaijan during the last year’s war in the Karabakh region.

“Twice they fired at Shusha, and twice more - in the direction of Baku, but the missiles were intercepted and destroyed by the Azerbaijani side,” he said in an interview with local media. “I think there were facilities [in Shusha] which the Armenian side didn’t want to fall into the hands of Azerbaijan.”

According to the expert, the two Iskander missiles that were fired toward Azerbaijan’s capital Baku were intercepted by Israeli-made Barak-8 and Russia-made S-300 Favorite air defense systems operated by the Azerbaijani army.

Mine clearance specialists in Azerbaijan found the debris of two Iskander missiles on the outskirts of Shusha on March 15. It was confirmed later that the debris belonged to an M type or more lethal version of the Russian-made missile, which is not listed in the arsenal of the Armenian army.

In Armenia’s arsenal, there are E-type (Э) rockets classified as “export ware” by the Russian manufacturer. The strike range of the E-type Iskander is 200-280 kilometers, while the M-type projectile can fly up to 500 kilometers, according to the technical characteristics of the missiles. The M version is intended for use by the Russian military and banned for export, while the E type is purposed for export. Russia reportedly dispatched the Iskander missiles to Armenia in September 2016.

However, the missile wreckages found in Shusha belong to an M-type Iskander system. Armenia acquired Iskander-M missiles, which are banned for export, either by smuggling or in violation of international norms and regulations because Armenia could only acquire Iskander-E, an export version of the missile.

The Russian-made 9K720 Iskander, which is also known as SS-26 Stone in NATO reporting name, is a road-mobile short-range ballistic missile (SRBM) with a range of up to 500 kilometers. The system deploys both 9M723 ballistic and 9M728/29 cruise missiles. The Iskander supports different conventional warheads such as a cluster munitions warhead, a fuel-air explosive enhanced-blast warhead, a high explosive-fragmentation warhead, an earth penetrator for bunker-busting and an electromagnetic pulse device for anti-radar missions, as well as nuclear warheads.

The Armenian military reportedly had 16 missile complexes in service during the war in the Karabakh region, of which four were Iskander missile systems.

The fragments of the Iskander missile found in Shusha are currently being demonstrated in a theme park in Azerbaijan’s capital city of Baku. The park, dubbed “Military Trophy Park,” features Armenia’s military equipment that was destroyed or captured by the Azerbaijani forces in the Second Karabakh War.

Armenia and Azerbaijan had been in an armed conflict for nearly 30 years over the Karabakh (Garabagh) region, which is internationally recognized territory of Azerbaijan. Armenia launched full-blown military aggression against Azerbaijan following the Soviet Union’s dissolution in 1991. The bloody war lasted until a ceasefire in 1994 and saw Armenia occupying 20 percent of Azerbaijan’s internationally recognized territories. Over 30,000 Azerbaijanis were killed, and one million were expelled from those lands in a brutal ethnic cleansing policy conducted by Armenia.

Armenia’s former army chief, Movses Hakobyan, has admitted to the use of the Iskander missile during the war. In February 2021, Armenia’s Prime Minister Nikol Pashinyan confirmed Hakobyan’s remarks by saying that the Armenian military fired the Russia-made missile in last days of war, but added that it did not explode or explode by 10 percent. Former chief of general staff of the Armenian army, Onik Gasparyan said he was allowed to use the Iskander missile on one occasion to hit Shusha.

The London-based Middle East Eye news outlet wrote that the Armenian army targeted Azerbaijan’s capital Baku with Iskander ballistic missiles in the finals days of the hostilities in November 2020. However, the Azerbaijani military exploded them in the sky using the Barak-8 air defense system purchased from Israel.