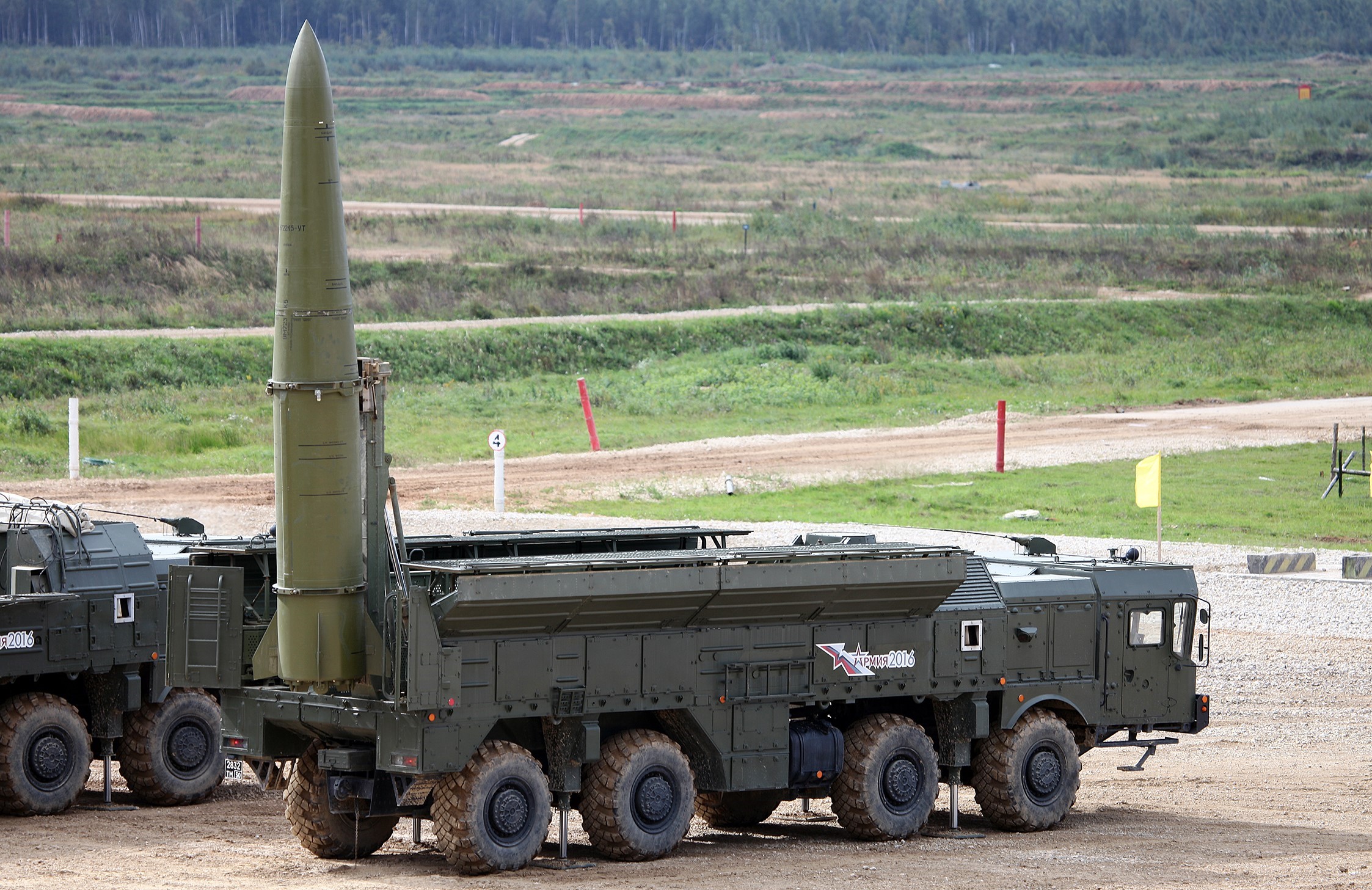 The 9K720 Iskander is a mobile short-range ballistic missile system produced and deployed by the Russian Federation. It has a firing range of up to 500 kilometers and is known for its precision. / Wikipedia

Armenia's Defense Ministry has not ruled out the use of Iskander missile complexes against Azerbaijan as clashes between the two countries rage on along the front zone in the Nagorno-Karabakh region, an internationally recognized territory of Azerbaijan occupied by Armenia.

"When they find it necessary when the logic of the relevant hostilities corresponds to the need to use this weapon, then they will definitely use it," Artsrun Hovhannisyan, a representative of the Armenia's Defense Ministry, said on September 28 during a briefing, when asked in which case the Armenian side will use the Iskander ballistic missiles and the SU 30SM fighter planes.

In addition, Armenia’s Ambassador to Russia Vardan Toghanyan told Russian state news agency RIA Novosti that in case of some circumstances "all measures will be taken, including the use of Iskander. That is, the Armenian armed forces will have to use all military arsenal".

In a response to the possible use of the Iskander missile complexes by Armenia, Azerbaijani Foreign Minister Jeyhun Bayramov said that “unfortunately, anything can be expected from Armenia. It is hard for me to comment from the military point of view, what response there would be. I am sure that the Azerbaijani forces have an adequate response".

In June 2019, Armenian Prime Minister Nikol Pashinyan announced during a press conference following the St. Petersburg International Economic Forum that he was asked by a journalist whether he had the intention of purchasing a second Iskander missile, to which he replied: "Armenia has a sufficient amount of Iskander missiles."

Armenia first demonstrated Iskander missile systems as it marked the 25th independence anniversary during a military parade held in the capital Yerevan in September 2016. Armenia has reportedly 25 units of them. Two managers of the Russian military-industrial complex Rosoboronexport confirmed that four 9K720 Iskander systems were delivered to Armenia under the agreement with the Collective Security Treaty Organization, the intergovernmental military alliance led by Russia.

In February 2017, the Armenian defense minister announced that the Iskander missiles, stationed in Armenia and shown at the military parade in September 2016, were owned and operated by the Armed Forces of Armenia.

During the fatal clashes between Armenia and Azerbaijan in July 2020, Armenia’s military threatened to hit Azerbaijan’s largest hydropower station located in the central city of Mingachevir.

The 9K720 Iskander is a mobile short-range ballistic missile system produced and deployed by the Russian Federation. It has a firing range of up to 500 kilometers and is known for its precision.

On the third day of the heavy fighting along the front zone in the occupied Nagorno-Karabakh region of Azerbaijan, Azerbaijani and Armenian forces continued to exchange fire.

Armenia's armed forces killed at least 12, including five members of one family, and injured 35 civilians in Azerbaijan in the past three days of heavy clashes. There is no official information about a number of military casualties in Azerbaijan.

However, the Armenian side stated that 84 servicemen had been killed and nearly 200 others injured in the recent clashes.

Armenia continues to ignore four UN Security Council and two UN General Assembly resolutions demanding the complete, unconditional and immediate withdrawal of Armenian armed forces from the occupied territories of Azerbaijan and the return of internally displaced Azerbaijanis to their ancestral lands.