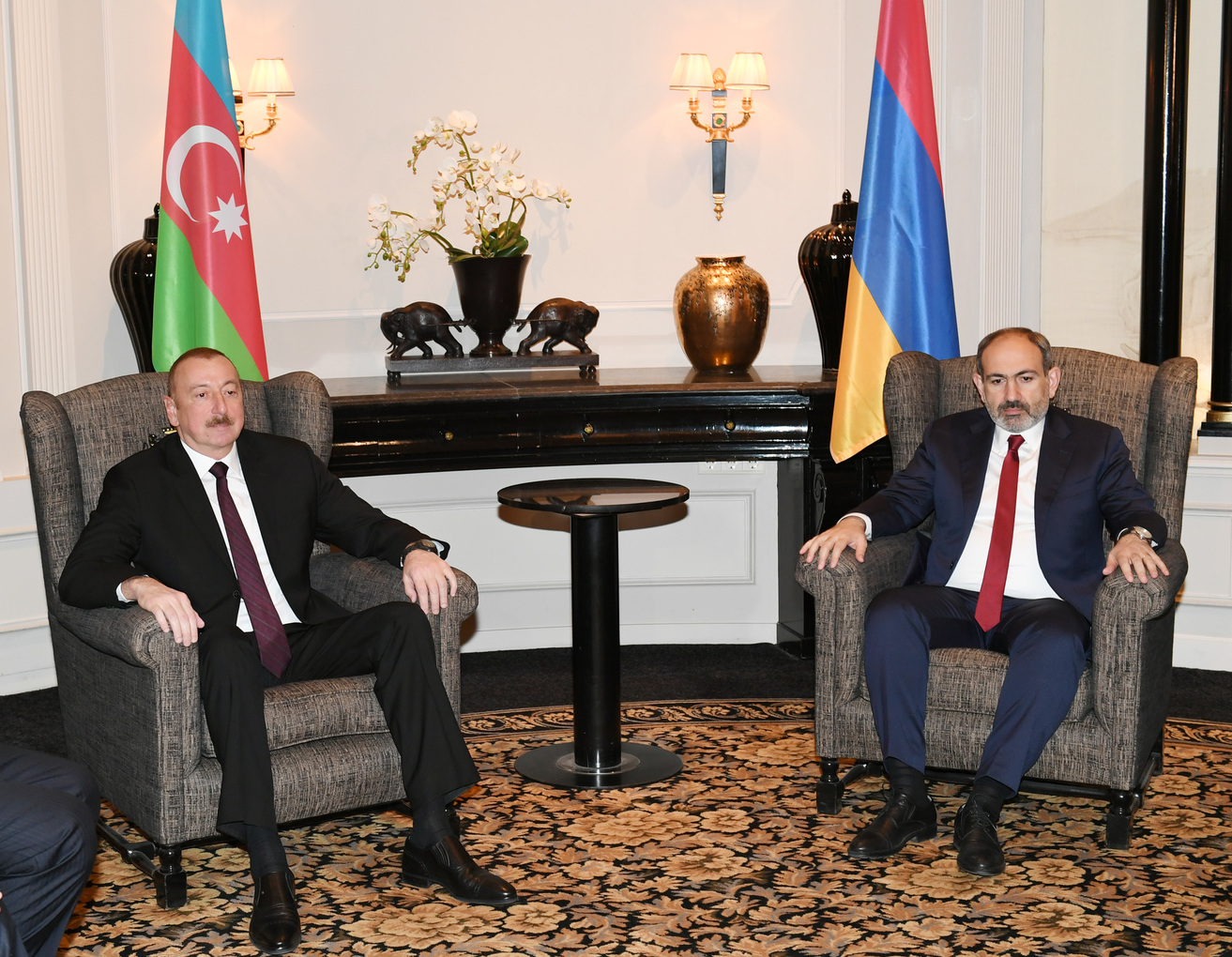 The first formal meeting between the president of Azerbaijan and the prime minister of Armenia, held in Vienna last week, was deemed a success by representatives of the European Union to the extent that it was a recommitment to peace-seeking efforts between two sides that have been at odds since the breakup of the Soviet Union nearly three decades ago.

“The recommitment by the leaders to strengthening the ceasefire and to promoting an environment conducive to peace, as well as their stated readiness to take further steps toward result-oriented negotiations, is encouraging,” Maja Kocijancic, the EU Spokesperson for Foreign Affairs and Security Policy/European Neighborhood Policy and Enlargement Negotiations, said in a statement issued on Sunday.

“The European Union looks forward to the implementation of the Vienna agreement to develop measures in the humanitarian field, as well as of the agreement on measures to prepare the populations for peace, reached by the Foreign Ministers in Paris on 16 January 2019 and stands ready to support these efforts.”

Negotiations for solving the longstanding Nagorno-Karabakh conflict between Armenia and Azerbaijan gained momentum in Vienna on March 29 when Azerbaijan’s President Ilham Aliyev and Armenia’s Prime Minister Nikol Pashinyan sat down for their first official talks under the auspices of the OSCE Minsk Group. President Aliyev later said the negotiation process, which has been ongoing since the mid-1990s, received a fresh impetus thanks to the meeting, which he said was conducted in a “constructive atmosphere.”

The Talks in Vienna were the fourth meeting between the two leaders since they had met on the sidelines of the Commonwealth of Independent States summit in Dushanbe in September 2018. What were informal occurrences continued in St. Petersburg in December and in Davos, Switzerland, on the margins of the World Economic Forum in January.

“We highly assessed our talks, which were conducted in a constructive atmosphere,” President Aliyev told TASS after the meeting in Vienna. “This was the first official meeting between the leaders of Azerbaijan and Armenia after a long break. All the previous talks had been held mainly in the format of international meetings. The foreign ministers of the two countries have held several rounds of talks. The most important fact is that the current meeting gave another start to the negotiation process.”

“It is of huge importance that the format of talks remained unchanged - only Armenia and Azerbaijan discuss their problems as it was many years before. We highly assessed the statement made by co-chairs of the OSCE Minsk Group on March 9. The document reaffirms that every change in the format of the negotiating process may occur only if both sides agree.”

Although President Aliyev set a positive tone for the meeting, Prime Minister Pashinyan said the event did not materialize in any sort of breakthrough or evolution that may push negotiations forward. Pashinyan has advocated in the past for representatives from the separatist and self-styled regime in the occupied Nagorno-Karabakh region to be a party to the talks – a condition that Baku rejects irreversibly.

Armenia and Azerbaijan have been at odds over the Nagorno-Karabakh region, which is internationally recognized as part of Azerbaijan. Since the breakup of the USSR, Armenia attempted to seize the region due to partial ethnic Armenian population living there alongside indigenous Azerbaijanis.

The Nagorno-Karabakh region was the scene of a bloody war that ensued as a result of Armenia’s military encroachment on its eastern neighbor and lasted from 1991 until a ceasefire deal in 1994. The armed campaign resulted in the occupation of the Nagorno-Karabakh region plus seven surrounding districts, totaling about 20 percent of Azerbaijan’s landmass. Tens of thousands of ethnic Azerbaijanis were killed and nearly one million people were displaced.

While the Vienna meeting was echoing throughout both Azerbaijan and Armenia, Armenia’s defense minister David Tonoyan dropped a bombshell with his bellicose rhetoric in New York. In a meeting with the Armenian diaspora on March 29, Tonoyan said Yerevan will use the formula “new war for new territories” instead of “peace in exchange for territories.”

“Without Pashinyan’s permission, Tonoyan would not threaten Azerbaijan for the second time,” Shahinoglu wrote on his Facebook page.

On the same day with Tonoyan’s remarks in New York, the Azerbaijani ambassador to the United States, Elin Suleymanov, said the Nagorno-Karabakh conflict is unresolved and continues to be strategically dangerous to the whole region.

“The status quo is not sustainable. We don’t have peacekeepers. The soldiers are facing each other, sometimes just 100 feet apart,” Suleymanov told Fox News. “The potential for major escalation is always there. Both sides have enough weapons, enough armor – the conflict could arise at any time. There is a dangerous reality on the ground where things could really get out of hand.”

"You never know when someone will decide to really destabilize.”