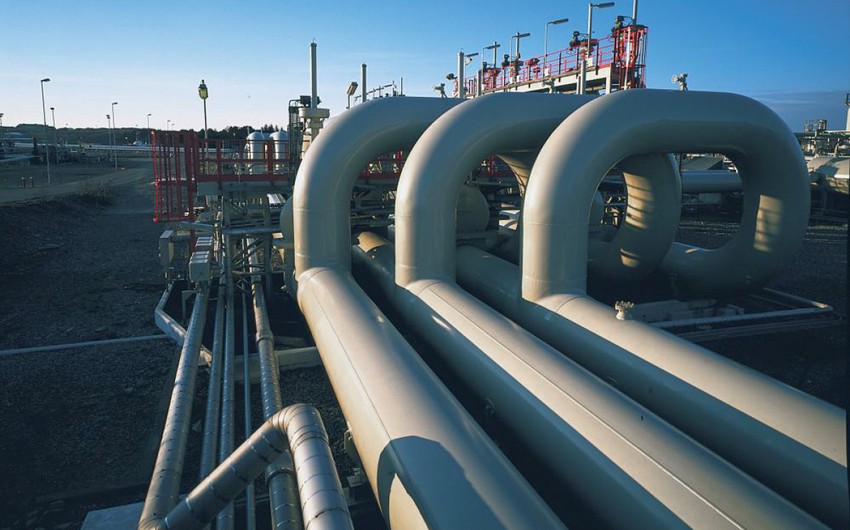 Armenian armed forces keep trying to blow up Azerbaijan's strategic sites far from the frontline including the Baku-Novorossiysk oil pipeline.

According to the press service of the Prosecutor General's Office of Azerbaijan, on October 18, at about 1:00 p.m. Baku time, Armenian armed forces conducted a missile attack on crude oil and condensate pipelines in the Khizi district, which is located north of Azerbaijan's capital Baku.

"The Armenian Armed Forces launched rockets in the direction of Khizi district, located more than 300 kilometers away from the combat zone, however, these missiles were neutralized by Air Defense Forces of the Azerbaijani army," the press service said. "Some parts of the missiles fell on an area 250 m away from the strategic oil pipeline Baku-Novorossiysk, passing through the village of Sitalchay of the Khizi district."

The 1,330-km long Baku-Novorossiysk oil pipeline is one of three oil pipelines transporting oil from Azerbaijan to world markets. Launched in 1996, this SOCAR-operated pipeline has three pump stations in the Azerbaijani cities of Sangachal, Sumgait and Siyazan. Under the agreement between Azerbaijan’s State Oil Company (SOCAR) and Russia’s Transneft, the world’s largest oil transportation company, 824,000 tons of oil was transported last year through the pipeline with a maximum capacity of 105,000 barrels per day.

"By these actions, the Armenian side made attempt to intentionally destroy a large number of infrastructure facilities, creating dangerous conditions for pipelines of crude oil and export condensate, the destruction of which could cause significant material damage," noted the press service.

A similar attack was committed on October 6 when Yerevan attempted to blow up the Baku-Tbilisi-Ceyhan (BTC) pipeline, which transports crude oil from Azerbaijan to the markets in Europe. The 1,768-kilometer pipeline is a major route that carries Caspian crude oil from Azerbaijan to the Ceyhan port city of Turkey through Georgia. From there, the crude is transported to European markets via the Mediterranean Sea. BTC supplies account for up to 80 percent of Azerbaijan’s oil exports. The BTC with a daily capacity of 1.2 million barrels or over 1 percent of global supplies plays a significant role in enhancing Europe’s energy security.

Over the past three weeks of intense fighting between the two South Caucasus countries over the occupied Nagorno-Karabakh region of Azerbaijan, Armenia has repeatedly violated the norms and principles of international law, the Geneva Conventions of 1949 and its additional protocols, as well as the ceasefire deal brokered by Russia to halt the worst fighting in the South Caucasus since the 1990s.

A total of 63 civilians in Azerbaijan have been killed, while 292 people have been injured as a result of Armenia's planned aggression against Azerbaijani civilian settlements.

Armenia's offensive along the Line of Contact prompted immediate counter-attack measures by Azerbaijani forces. The Armed Forces of Azerbaijan managed to liberate the cities of Jabrayil, Fuzuli and Zangilan, the settlements of Sugovushan and Hadrut, dozens of villages in Fuzuli, Jabrayil, Zangilan, Terter, and Khojavand districts as well as several strategic heights, including Murovdagh, in the occupied territories to date. Military operations are being conducted in the territory of Azerbaijan.

The occupation of Azerbaijan's Nagorno-Karabakh region by Armenia came after both countries gained independence following the Soviet Union’s dissolution in 1991. Armenia launched a military campaign against Azerbaijan with the aim of occupying the Nagorno-Karabakh region. A large-scale war between the two countries lasted until a ceasefire deal was reached in 1994. As a result of the bloody war, Armenia occupied 20 percent of Azerbaijan’s internationally recognized territories – the Nagorno-Karabakh region and seven surrounding districts. Azerbaijan faced a humanitarian crisis during the war, in which 30,000 of its citizens were killed, while one million others were forcibly displaced from their homeland.