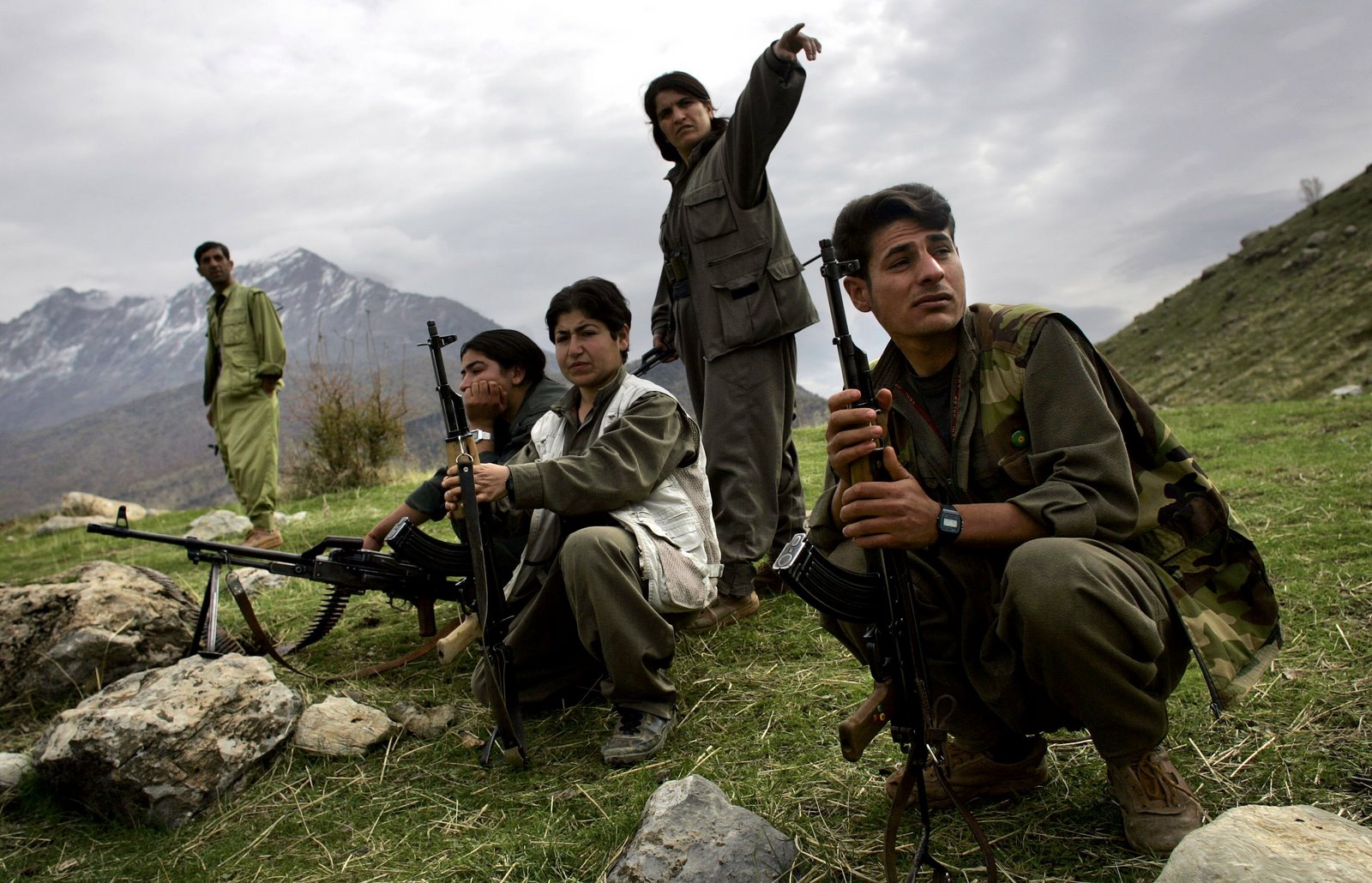 Amid tensions that spiraled after July clashes, multiple sources claim that Armenia is intensively transferring PKK terrorists from the Middle East to occupied Azerbaijani lands.

Turkey-based Yeni Shafak newspaper reported on Friday that dozens of PKK terrorists trained in sabotage in Iraq and Syria were transferred to the occupied Nagorno-Karabakh region of Azerbaijan. The PKK militants are said to train Armenian militias in sabotage, raid and preparation of handmade explosives, according to the paper.

"Yerevan, which settled Lebanese citizens of Armenian origin to Karabakh in order to change the demography in the region, dispatched dozens of PKK terrorists to the region in recent weeks," Yeni Shafak wrote. "The contact with the PKK terrorists in Syria and Iraq was established by Hrachya Poladian, the Armenian Ambassador to Baghdad. Poladian convinced the groups in meetings and agreed with the Patriotic Union of Kurdistan [party] under the control of the Talabani family in Northern Iraq for the transfer of terrorists from Syria and Iraq to Karabakh."

PKK is an armed terrorist organization recognized by Turkey, the United States, and the European Union. The ultra-nationalist and separatist PKK has been using extreme violence and terrorism in an armed conflict with Turkey since the 1980s in an attempt to carve out an independent Kurdish state, later changing its demand to Kurdish autonomy in Turkey. Its bloody actions and terror tactics have claimed tens of thousands of military and civilian lives over the past decades.

Turkish media reports of the transfer of PKK terrorists have been confirmed by an Egyptian news portal. The Cairo-based media outlet Cairo 24 published an article that revealed new details about the deployment.

After the July clashes between Armenia and Azerbaijan, the operation to integrate PKK militants into the Armenian army intensified, Haqqin.az reported, citing Cairo 24. A group of PKK militants and commanders was transferred to Armenia through Iraq and Syria. The first PKK militant group brought to Armenia's army consists of 25 people. They are trained at the PKK camp in Qandil mountains on the Iran-Iraq border. The group is said to have specialized in military training and sabotage operations. There are currently two more PKK groups in Iran and Syria awaiting transition to Armenia's armed forces. The first consists of 250 militants from YPG, an outgrowth of PKK in Syria.

Clashes on the Armenia-Azerbaijan border in July marked the most intense border fighting between the two countries over the last three decades. The skirmishes broke out on July 12 after Armenia shelled Azerbaijani positions stationed in the western district of Tovuz. Azerbaijani lost 12 servicemen, including a general, and one civilian who fell victim to mortar fire.

Armenia's losses were officially confirmed to be four. However, the civil society in the country rejected official numbers, accusing the authorities of hiding the true death toll, which is believed to be over 30.

With Armenia intensifying military preparations after the July clashes, Kurdish fighters are expected to join the ranks of the Armenian army. The fact that they are specialized in offensive operations raises questions about the preparation of an attack by Armenia's troops on the positions of the Azerbaijani army using sabotage and terrorist methods.

James Wilson, the publisher at the EU Political Report, an independent Brussels based news portal, says PKK’s involvement in the Armenia-Azerbaijan conflict would jeopardize European security.

"The dangerous actions of Armenia risks to further destabilize the region, which has strategic importance for Azerbaijan and Europe, as it provides energy and transport links to Georgia, Turkey, and Europe for the Azerbaijani oil and gas as well as other export commodities," Wilson wrote. "By jeopardizing major infrastructure projects, such as the Baku-Tbilisi-Ceyhan oil pipeline, Baku-Tbilisi-Erzurum gas pipeline, Baku-Tbilisi-Kars railway, Armenia could put European energy and transport security at huge risk."

Tovuz, the epicenter of recent tensions, is located in a strategically significant area along the routes of the Baku-Tbilisi-Kars railway, Baku-Tbilisi-Ceyhan oil pipeline, and the Southern Gas Corridor, a mega structure that carries natural gas from Azerbaijan to Turkey and Europe through the territory of Georgia, which is located 78 kilometers west from Tovuz.

Meanwhile, Armenia is reportedly supplying Russian-made missile systems to the PKK that would be used to combat Turkish drones in exchange for the use of PKK militants in operations against Azerbaijan. The delivery of these missile systems is said to be coordinated by the PKK commander, one of the organization's five founders, Jamil Bayik, and the missiles are expected to be delivered to PKK strongholds in Qandil shortly.