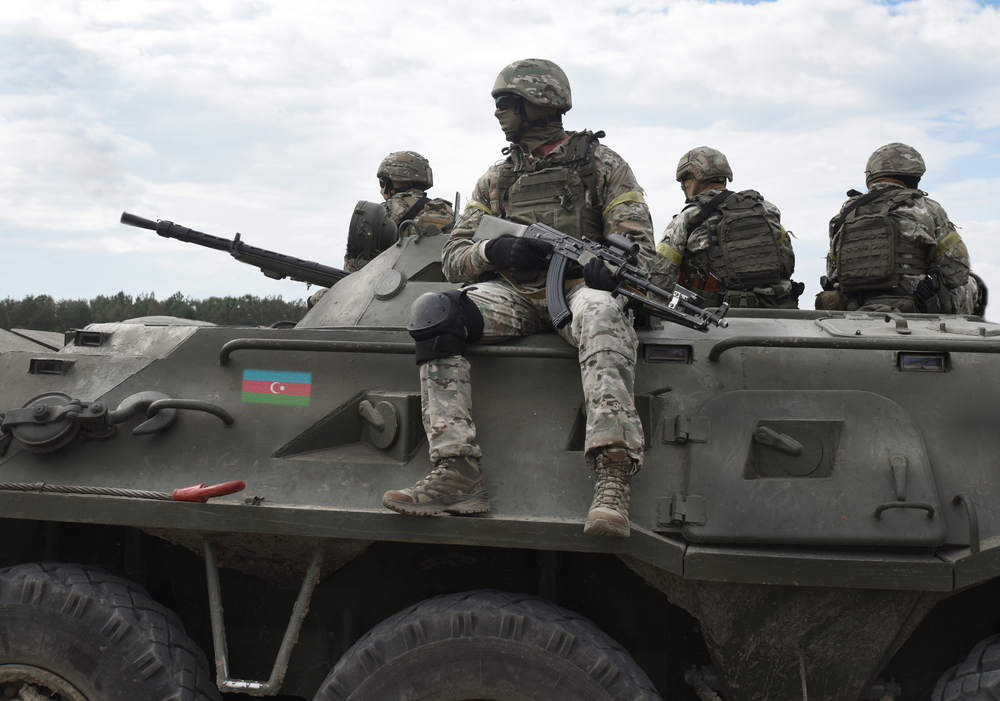 Armenia and Azerbaijan agreed to a ceasefire along the Line of Contact in the occupied Nagorno-Karabakh region of Azerbaijan starting on Saturday for humanitarian purposes. The breakthrough came after 11 hours of talks between the Russian, Armenian, and Azerbaijani foreign ministers in Moscow on Friday and early Saturday.

The Foreign Ministry of Azerbaijan reported that the ceasefire starts at 12:00 pm Saturday. The main purpose of the armistice is to exchange of hostages and bodies of those killed in the clashes through the mediation of the International Committee of the Red Cross.

"Concrete parameters of the ceasefire will be agreed additionally," reads the statement published to the ministry's website, adding that the format of the talks will not be changed.

"The Republic of Azerbaijan and the Republic of Armenia, through the mediation of the OSCE Minsk Group Co-Chairs, kick off substantive negotiations to achieve a peaceful settlement to the conflict on the basis of the basic settlement principles as soon as possible."

The current format of talks supposes negotiations between Armenia and Azerbaijan through the mediation of the OSCE Minsk Group Co-Chairs, while any third party to talks is unequivocally excepted.

Hours before the Moscow meeting, Azerbaijan's President Ilham Aliyev announced in a televised address to the nation that the national army has liberated more lands from Armenia's occupation. The army has regained control over the Hadrut settlement in the Khojavand district and eight villages in Tartar, Fuzuli, and Jabrayil districts, according to the president.

Hostilities along the Line of Contact in the occupied territories of Azerbaijan renewed with Armenia's shelling the military and civilian settlements in Azerbaijan on September 27. The offensive prompted immediate counter-attack measures by the Azerbaijani forces. Clashes have flared up in the wake of the deployment of heavy artillery by both sides on the battlefield. Azerbaijani troops have so far liberated the city of Jabrayil, the settlements of Hadrut and Sugovushan, and more than thirty villages in the districts of Jabrayil, Fuzuli, Khojavand and Tartar from Armenia’s occupation.

Armenian authorities admitted to 405 servicemen deaths until the ceasefire. However, the Defense Ministry of Azerbaijan said 2,300 servicemen of Armenia have been killed and wounded. No number has so far been revealed for the military casualties of Azerbaijan. However, 31 civilians have lost their lives as a result of Armenia's shelling the densely populated residential areas in multiple cities of Azerbaijan.

Armenia rejects to fulfill four UN Security Council resolutions that demand the immediate withdrawal of the occupying forces from Azerbaijani lands and the return of internally displaced Azerbaijanis to their ancestral lands.

"The status-quo has been changed both military-tactically and politically. Azerbaijan has de-facto demonstrated that it is able to use its armed forces against the aggressor and there is an alternative to the monopoly of [OSCE Minsk Group] "co-chairs"," he wrote on his Facebook page.

Zulfugarov went on to add that the possible strategy of Armenia's PM Nikol Pashinyan during and after the ceasefire could leave no room for the truce to be steady and provoke a new splash of military actions.

"Based on the aforementioned, further resumption of hostilities is inevitable in the coming days or weeks," he said.