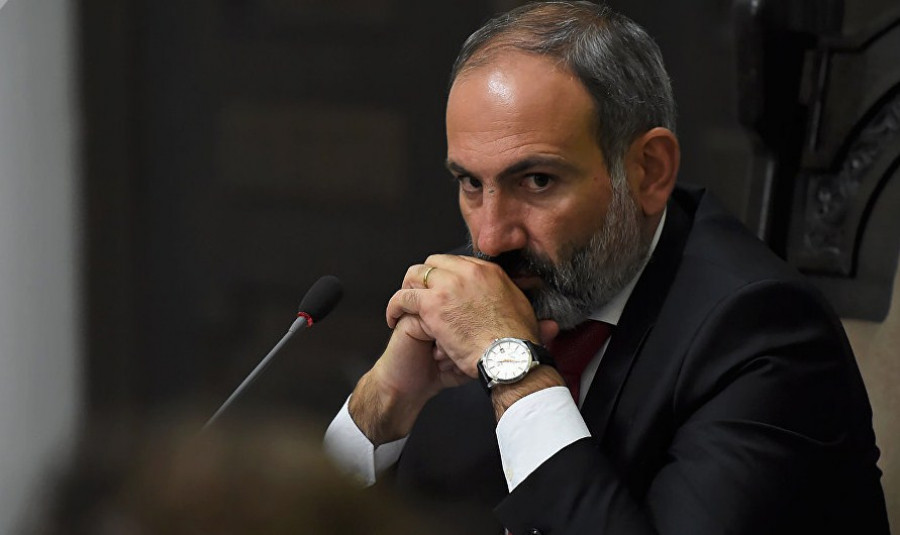 Hikmet Hajiyev, the head of the foreign policy affairs department within the Presidential Administration of Azerbaijan, has accused the government of Armenia of illicit weapons trade and urged other countries to be cautious in their relations with Yerevan.

“The Armenian military and political leadership creates bogus companies, and weapons purchased at low prices are then sold to third parties,” Hajiyev said at a press conference on Tuesday.

“There is strong evidence that these weapons fall into the hands of terrorists. We call on the countries cooperating with Armenia to be more careful,” he added.

The announcement comes after deadly clashes between the Armenian and Azerbaijani troops that broke out on July 12 after Armenia opened artillery fire on Azerbaijani positions stationed along the international border between the two South Caucasus nations.

Earlier this week, some media outlets claimed that Armenia received a large batch of weapons, including mortars and shells, from Serbia via Georgia just a few days before the cross border skirmishes erupted. The news prompted a strong reaction from Azerbaijan’s government officials, including country’s Deputy Foreign Minister Khalaf Khalafov, who said “such unfriendly steps harm the friendly relations and strategic partnership between Azerbaijan and Serbia.”

In an interview with Serbian Nova.rs news portal, Rasim Ljajic, who heads the country’s trade ministry, confirmed that Armenia purchased weapons from a private Serbian company. The deal was approved by trade, foreign, internal affairs and defense ministries, as well as Serbia’s Security Intelligence Agency (BIA).

“Arms were exported to Armenia in 2020 by a private company, state-owned companies had no part in that. I can’t name the company but we know that it exported mainly rifles and pistols worth less than a million euro in two shipments in May and June,” the Serbian government official said.

Meanwhile, the recent border skirmishes between Armenia and Azerbaijan have overshadowed news about Armenia’s government involvement in illicit arms trade that have made headlines since late May.

Harsh charges against the Armenian government led by Prime Minister Nikol Pashinyan were made by Mikayel Minasyan, Armenia’s former Ambassador to the Holy See, Sovereign Military Order of Malta and Portugal.

In his revelatory video published to Facebook on May 30, the former Armenian diplomat accused Pashinyan of taking part in a scheme to illegally sell weapons previously purchased from Russia, which is ranked the second largest arms exporter after the United States.

Military relations between Yerevan and Moscow date back to 1992, while the two countries inked an agreement “on friendship, cooperation and mutual assistance” in 1997, which provides for mutual assistance in case of a military threat from third countries. In addition, the two sides signed an agreement on military supplies in 2013. In accordance with the document, Armenia purchases Russian-made military equipment at its domestic prices.

Minasyan is convinced that a certain part of the weapons purchased from Russia was sold to third countries at a different cost. In his video, Minasyan mentioned David Galstyan, an Armenian entrepreneur, as the "right hand" of prime minister Pashinyan in his activities related to the illegal arm trafficking.

In addition, the report mentioned Ayk Avia, Armenia’s air carrier that operated the flights to Libya in violation of the embargo. Ayk Avia was also accused of being involved in a breach of the sanctions regime on Somalia, according to the Monitoring Group on Somalia and Eritrea. The other report, also issued by the Security Council, reads that aircraft operated by air carriers registered in Armenia, including Skiva Air and Air Armenia were seen unloading ammunition on multiple occasions in Rubkona, South Sudan.

In 2019, the government of Russia declared David Galstyan persona non grata and banned him from entering the country through 2029. Earlier this month, Armenia’s prime minister accompanied by Galstyan has inaugurated an enterprise in Yerevan, which will assemble Kalashnikov AK-103 assault rifle.

On June 1, immediately after Minasyan published the video to his Facebook page, Armenia’s National Security Service said it would investigate the issue, but no statements have been made yet.