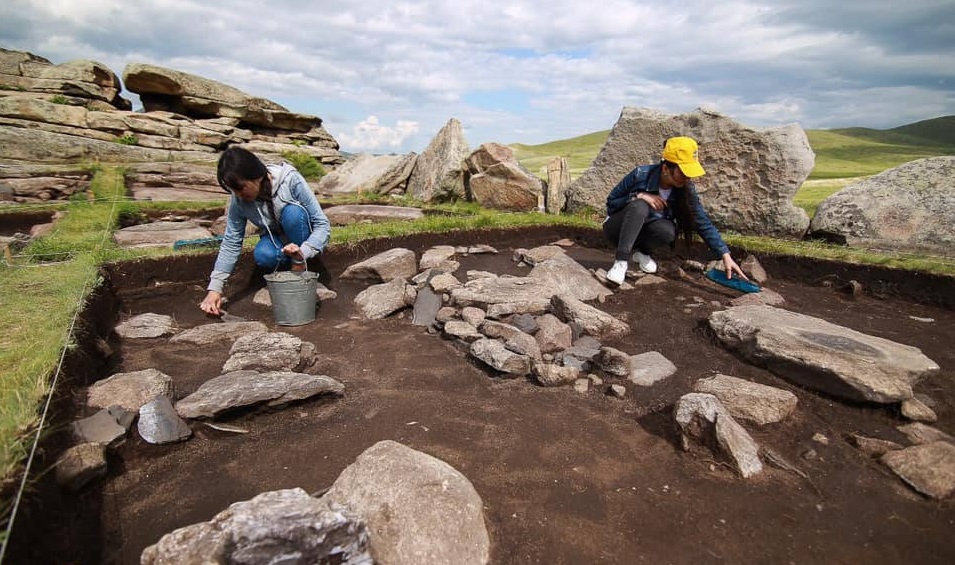 Archaeologists found millstones for grinding wheat, ceramics, and animal remains, which they say may have belonged to the Saka people, in an area known as Akbaur and located some 2,157 kilometers (1,340 mi.) west of Kazakhstan’s capital Nur-Sultan. / yk-news.az

A team of archaeologists in Kazakhstan said they have discovered an ancient settlement containing bundles of artifacts and animal remains dating more than 3,000 years, belonging to a nomadic civilization that once inhabited the region.

Archaeologists found millstones for grinding wheat, ceramics, and animal remains, which they say may have belonged to the Saka people, in an area known as Akbaur and located some 2,157 kilometers (1,340 mi.) west of Kazakhstan’s capital Nur-Sultan.

“In the first layer we discovered numerous artifacts, including thousands of fragments of ceramic dishes, which were distinctive only for the settlements,” said the Kazakhstani archaeologist Zeynolla Samashev, who led the team, according to reports by Novosti Ust-Kamenogorska.

“That is, these people lived inpatient. It turned out to be the settlement dating to the very end of the Bronze Age, and the beginning of the early Iron Age, this is exactly what we lacked,” he said.

In addition to animal remains and ceramics, the settlement contained numerous grindstones, spinning wheels, and remains of horses, sheep and goats.

The Saka were thought to be a nomadic people who historically inhabited the territories of Central Asia, South Caucasus, Afghanistan and modern-day India. Their language is considered a Scythian language.

Prominent archaeological remains of the Sakas include the Pazyryk burials in Russia, the Issyk kurgan in Kazakhstan, artifacts of the Ordos culture in China, and possibly Tillya Tepe in Afghanistan.

Until now, archaeologists believed the Saka people were living a nomadic lifestyle, but the recent discovery may completely change that theory.

“These artifacts mean that the early Saka of the region were sedentary, they used to have developed agriculture, cattle breeding, metallurgy and crafts,” Samashev said, adding that the findings can be dated to the 11-9th centuries B.C.

The artifacts found will be sent to special laboratories for complex analysis, and then to the funds of the regional museum.

Meanwhile, additional studies are planned in the area of Akbaur, since experts from Kazakhstan and Russia suggest that several more settlements may be hidden under the first layer. The excavations will be continued next year when archaeologists from Turkey and Azerbaijan will join the dig. Scientists will determine the status of various types of monuments located on the territory of this area, classify and date them.

Archaeologists from all over the world are actively involved in research of Saka burial places in Kazakhstan, but the most memorable discovery was made in 1969 when archaeologists uncovered the “Golden Man” – the remains of a man and his gold-embroidered armor, as well as other precious funerary artifacts.

The armor of the “Golden Man” has become a symbol of Kazakhstan’s national heritage touring the world and acting as a sort of calling card for Kazakh culture, since 2017. Meanwhile, the remains of a warrior were stored in a cardboard box at the Institute of Forensic Medicine. Earlier this year, officials in Nur-Sultan said an iconic ancient warrior will be reburied in a time capsule in 2019.

A total of five tombs with the so-called “Golden Men” were found in Kazakhstan as a result of archaeological excavations. 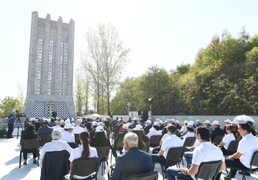 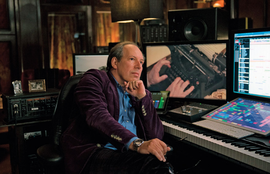