Anti-Terror Drills Wrap Up In Iran Near Iraqi Border 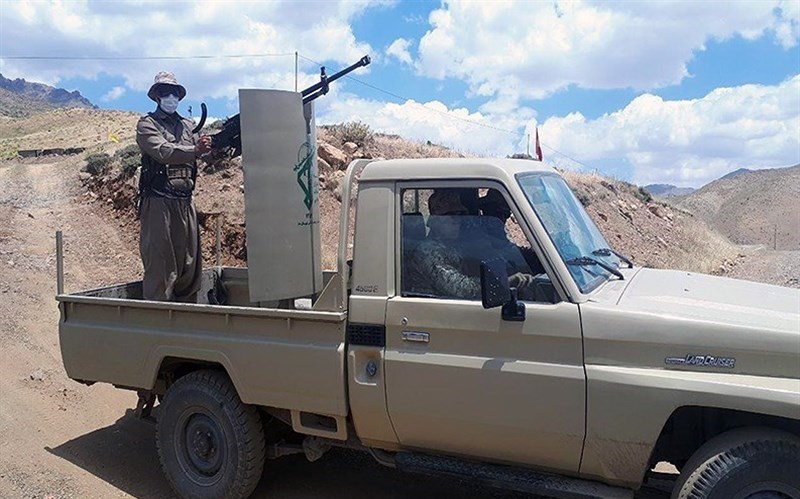 The Islamic Revolution Guards Corps Ground Force (IRGC) has accomplished anti-terror drills in the Iranian western province of Kurdistan, near the Iraqi border.

“Decisive action against the terrorist elements and groups are always on the agenda of the IRGC Ground Force and we will vigorously confront terrorists wherever they may be,” IRGC Ground Force Commander Brigadier General Mohammad Pakpour told reporters on Wednesday while speaking about the war game codenamed “Authority of Muslim Kurdish Martyrs.”

“Any sinister move at the border areas, particularly along Iran’s northwestern and southeastern borders, will receive the IRGC Ground Force’s iron fist and harsh reaction,” Pakpour also said, according to a report by Iran’s Tasnim news agency.

The commander also advised the residents of the northern Iraq to stay away from the militant groups, as every terrorist base and location can be a potential target for the IRGC attacks.

The maneuver was aimed at improving the elite force’s readiness carried out successfully by IRGC ground force from Chiller region in the Iraq border to Chehel-Cheshmeh mountains of Kurdistan province in the western border of Iran. The main purpose of the war game was to target terrorists taking shelter in northern parts of Iraq near the border and to cleanse those areas of various Kurdish groups presenting in the mountainous border area.

On June 16, the IRGC launched two-day long airstrikes against the locations of the Kurdish rebels in Haji Omaran area in Iraq which borders Iran.

The attacks come a day after Turkey announced the launch of air operation called “Claw-Eagle”, targeting bases of the PKK terrorist organization in northern parts of Iraq, hitting “a total of 81 targets, including shelters and caves.”

Such military operations with the purpose of cleansing the region of Kurdish rebels were launched on bases located in Iraq’s Kurdistan Region in 2018 and 2019.

The IRGC had already warned the Kurdistan Regional Government to prevent the terrorist groups from using the areas near the common border with Iran and to stop them from setting up camps for training, organizing and deploying terrorist teams into Iran.