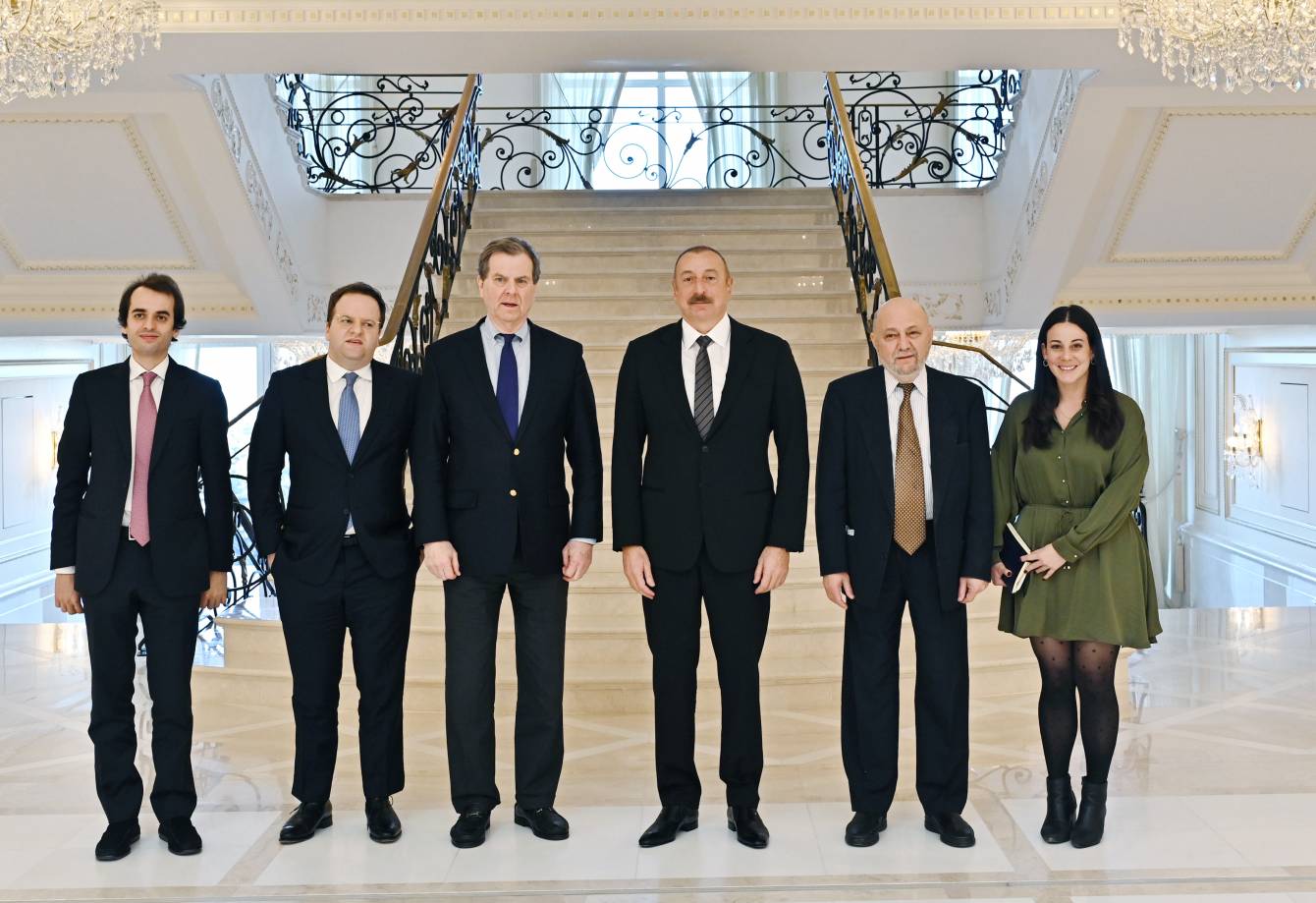 David Harris, CEO of the American Jewish Committee (AJC), highlighted the importance of Azerbaijan to both Jews and the United States in a short video address summarizing his recent visit to the country.

Harris said Azerbaijan was a regionally and globally important country for the AJC given its geographic location and policy toward Jews living within the country’s borders and across the world.

“Azerbaijan is the home to a Jewish community that believes it dates back as long as 2,500 years,” he said. “I’ve met many Jews from Azerbaijan over the years both here in Baku, as well as in Israel, the United States, and elsewhere, and what they share in common is a pride in their connection to Azerbaijan, a recognition in this Shia Muslim-majority country they have lived freely as Jews and in brotherhood and sisterhood they say with other residents of this country.”

Harris paid a one-day visit to Azerbaijan on January 15 to meet with the country’s president and other top officials. The current geopolitical situation in the region, cooperation between AJC and Baku, and the Jewish community in Azerbaijan were among the issues discussed by Harris and officials during the visit.

Historical sources identify Mountain Jews living in the Caucasus as descendants of the Lost Tribes that left Israel after the destruction of the First Temple in 587 BC. Caucasian Mountain Jews, as they are called, have been living in Azerbaijan for around two millennia, since Jews from Persia and possibly the Byzantine Empire was thought to have moved northeastward and settled in the region.

In Azerbaijan, where 97 percent of the population is Muslim, Jews have flourished. The only all-Jewish town outside of Israel and the United States is Gyrmyzy Gasaba (or Krasnaya Sloboda meaning “red village”), which is located in Azerbaijan. The name of the village comes from the use of red tiles on many of the roofs. Around 3,200 Mountain Jews settled in this village, which is considered the world’s last surviving shtetl. The term "shtetl" refers to a small town populated by Jews in Central and Eastern Europe before the Holocaust.

There are three Jewish synagogues in Gyrmyzy Gasaba (Krasnaya Sloboda). While synagogues in Europe, the United States, and Muslim-majority countries around the world are secured like a fortress, such measures are not necessary for those in Azerbaijan where armed guards or high-tech security solutions are rarely seen.

In 2020, the Museum of the History and Culture of Mountain Jews opened in Gyrmyzy Gasaba. It is located in the Karchog synagogue, closed during the Soviet years, and already restored to its original appearance. The art center exhibits multiple items such as clothes, jewelry, ritual utensils, manuscripts, books and old household items donated by Jews living in different corners of the world.

In the meantime, Harris said Azerbaijan was an important to Israel and noted that the two countries enjoy good diplomatic relations and strong ties in almost every sphere.

“From the perspective of AJC, we want to underscore the importance of this beautiful country [Azerbaijan] because of its strategic location, because of its energy-rich assets, because of its friendship to the United States, because of its close ties to the state of Israel,” Harris noted, adding that Azerbaijan’s tradition of religious tolerance and respect for the Jewish community were also key in maintaining a strong relationship with Baku.

Israel's cooperation with Azerbaijan extends beyond diplomacy and policy support, however, and includes defense and economic cooperation.

Israel buys approximately 40 percent of its oil from Azerbaijan to meet domestic demand, while the Caspian littoral state became the second-largest buyer of Israeli arms. The modernization of Azerbaijan’s military was being made possible thanks in part to Israeli arms sales. In 2016, the contracts between Azerbaijan and Israeli companies with respect to purchasing of defense equipment reached $4.85 billion. Over the decade 2011-2020, military hardware purchased from Israel accounted for 69 percent of Azerbaijan’s total arms imports. The country shared 17 percent of the total defense exports of Israel in 2016-2020.