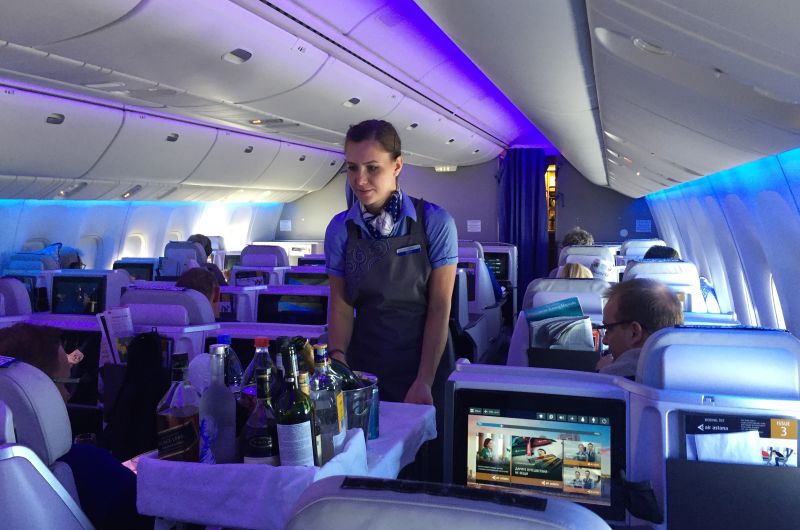 Air Astana is considered the largest carrier in Central Asia and operates flights to about 70 destinations throughout the world. In 2018, the Kazakhstani carrier flew about 4.3 million passengers, recording a growth in passenger traffic by three percent and revenue by 10 percent compared to the same period in 2017.

Kazakhstan’s flagship carrier Air Astana has been named number two by TripAdvisor’s Traveler’s Choice list for “Best Regional Airline” for 2018. The company also picked up the top honor for “Passenger Comfort” in Asia.

“Air Astana has always been dedicated to delivering the very highest standards of service to its passengers and I’m naturally delighted for Air Astana being named a Travelers’ Choice Airlines winner again this year,” said Peter Foster, President and CEO of Air Astana, according to a statement published to the company’s website.

“I’d like to sincerely thank every one of our passengers around the globe, who submitted a review to TripAdvisor following their flight and look forward to your continued support for Air Astana,” he said.

TripAdvisor, which is ranked the world’s largest travel and restaurant website company that shows travel-related content, has so far generated more than 700 million user reviews and opinions. The company’s “Travellers’ Choice” award winners were determined by an algorithm based on reviews and ratings for airlines gathered over a 12-month period between January and December 2018. Passengers appreciated the on-board service, cabin cleanliness, food and drinks, comfortable seats, value for money, registration and entertainment system of the airline, as well as seat pitch – the distance between a row of seats.

Air Astana is considered the largest carrier in Central Asia and operates flights to about 70 destinations throughout the world. In 2018, the Kazakhstani carrier flew about 4.3 million passengers, recording a growth in passenger traffic by three percent and revenue by 10 percent compared to the same period in 2017.

Foster believes 2018 was a challenging year due to higher-priced fuel and pressure on international yields, and domestic market share due to competitive capacity increases on key routes.

“This year, we expect jet fuel to become cheaper by 16 percent compared with its peak cost in June 2018, as well as the launch of its budget unit FlyArystan in May. The low cost airline is a great business opportunity on domestic and shorter regional routes,” he said.

In 2018, Air Astana announced that the new, low-cost air carrier FlyArystan will be launched by mid-2019 and offer international flights by the year’s end. Earlier this week the company sold its first tickets for the segment connecting Nur-Sultan (formerly known as Astana, Kazakhstan’s capital) to Almaty. According to the carrier’s website the cheapest single ticket will cost 6,999 tenge, or $18 per passenger.

At the same time, officials in Air Astana are working hard to upgrade the company’s fleet with the newest aircrafts.