Air Astana Modernizes Its Fleet, Thanks To Airbus 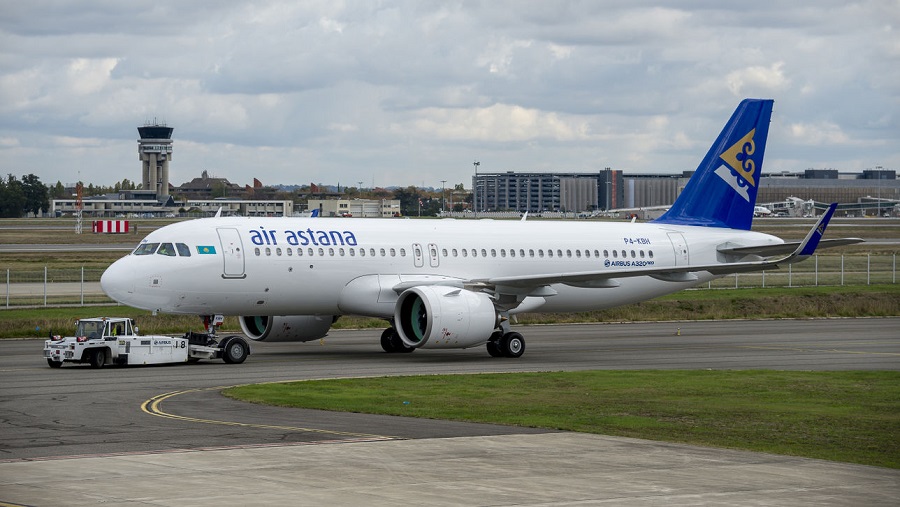 “Our second Airbus A320neo belongs to the family of narrow-body jet planes of the new generation and has 162 economy-class seats equipped with individual entertainment systems,” read a company statement, according to an Inbusiness report.

The next Airbus A320neo purchased by Air Astana is expected to arrive on Tuesday, while another 13 aircraft will be delivered to Kazakhstan by 2020. The new jets are expected to be used on routes, including those connecting Kazakhstan with China, India, Russia and Ukraine.

The A320neo is a mid-size plane designed for international long-haul routes up to 6,850 km (4,256 mi). It comes with a choice of French-made CFM International LEAP-1A engines or PW1000G engines, manufactured by U.S. Pratt & Whitney and costs $111 million per unit. Thanks to its new generation engine, the jet saves 15 percent more fuel per flight than that of similar-sized commercial jets. In addition, specialized technology used in the engines dramatically decrease noise.

The board of the A320 is equipped with a new cabin, which features comfortable seats, while the distance between the seats is increased. Passenger amenities include an individual multimedia complex built into the back of each seat. Previously, such systems were available only for Boeing-757-200 and Boeing-767-300 ER.

Air Astana became the first airline in Central Asia and among CIS countries to operate this model of aircraft. The airline will be modernizing its fleet with three A321’s and three A320 aircraft, following an agreement signed in 2017 with international leasing companies. The first airliner of the new generation was delivered to Almaty in 2016. Air Astana expects to buy a total of 17 planes within the Airbus A320neo family.

“We continue to upgrade our fleet with new generation of airliners. We are planning to expand the fleet to 64 airliners over the next 10 years,” said Peter Foster, President and CEO of Air Astana, according to a statement published to the company’s website in 2017.

Air Astana is the largest carrier in Central Asia and operates flights to about 70 destinations throughout the world. In 2018, it flew about 4.3 million passengers, recording growth in passenger traffic by three percent and revenue by 10 percent compared to the same period in 2017.

Earlier this year, the company has been named “Best Airline in Central Asia and India” by the internationally renowned Skytrax World Airline Awards for 2018.