A Movie About the World's First Female Warlord Premieres in Kazakhstan 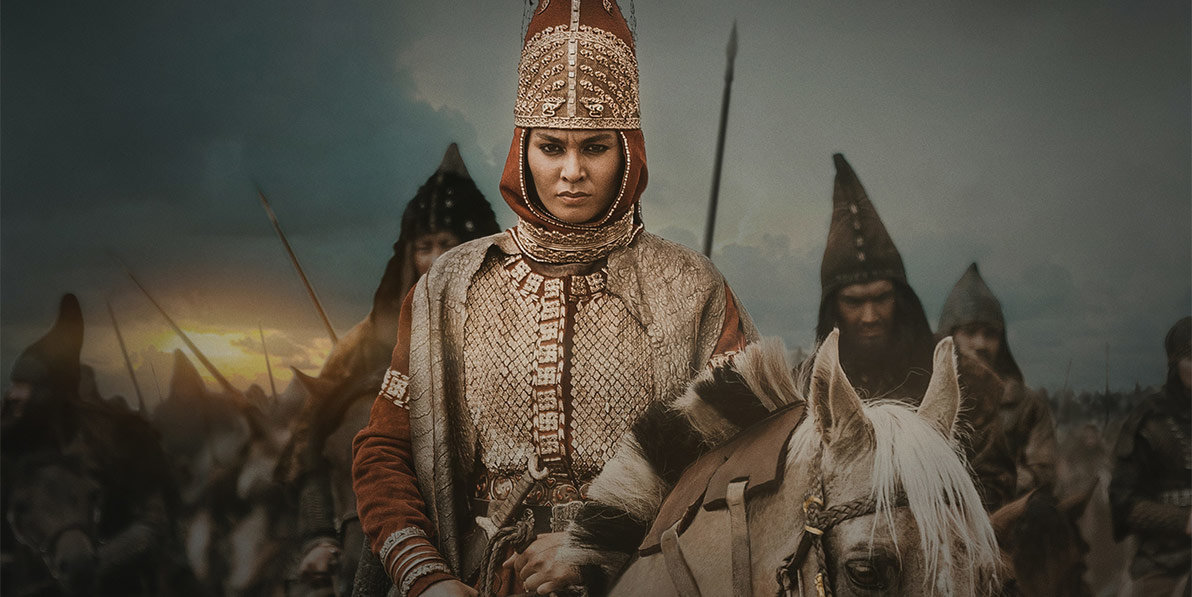 The movie’s plot centers on the story of a large-scale battle between the armies of Tomyris and Cyrus.

Kazakhstani filmmaker Akan Satayev’s new film “Tomyris,” a portrayal of a legendary female ruler who is said to have reigned for 50 years over the Massagetae kingdom and killed one of ancient Persia’s most famous rulers, premiered in Nur-Sultan on Thursday.

“We have tried to get across to the residents of our country and the whole world with the story of the legendary ruler, Tomyris, who managed to overcome losses and difficulties and defend the freedom of her people,” Satayev said at a press conference on Wednesday.

Aliya Nazarbayeva, the youngest daughter of Kazakhstan’s former President Nursultan Nazarbayev, is the film’s producer and co-screenwriter. According to KazakhFilm Studio, the film costs 2.5 billion tenges or $6.4 million.

The movie’s plot centers on the story of a large-scale battle between the armies of Tomyris and Cyrus. Satayev, best known for the action-packed “The Liquidator” film used works of the famous Greek historian Herodotus in writing the film’s script.

The Massagetae, also known as Massageteans, were an ancient nomadic confederation that, according to some sources, inhabited the steppes of Central Asia and northeast of the Caspian Sea. According to other sources, the Massagets inhabited the western coast of the Caspian Sea beyond the Araz River located in the territory of Azerbaijan. At the same time, there is a version according to which Massagets settled in the southern territories of modern Russia and the north of Azerbaijan.

Tomyris’ reign over Massageteans is thought to have been between 570 and 520 BC. Local lore says it was Tomyris who killed Cyrus, the famed Persian ruler, in 530 BC after he intended to seize areas inhabited by the Massagetae. At the same time, the Greek historian mentions that many stories circulated in the ancient world regarding the death of Cyrus, who is famous for his conquests and expansion of the Persian Empire and the founder of the Achaemenid Empire.

Meanwhile, the casting process stretched across Kazakhstan and involved a series of auditions, following which Almira Tursyn, 29, was officially cast to play Tomyris in the film, making her acting debut.

“It is a great honor for me to play such a famous historical figure as Queen Tomyris,” she said.

In 2018, the role of Cyrus the Great was given to Hollywood veteran Ghassan Massoud. The 59-year-old Syrian actor and filmmaker is best known for playing the role of the Muslim ruler Saladin in Ridley Scott’s 2005 film “Kingdom of Heaven.”

Before filming, all the actors were trained of riding, archery, knives possession, and other skills necessary for the historical film at the Nomad training camp under the guidance of Kazakhstani stunt director and stuntman Zhaidarbek Kunguzhinov. Filming took place in several picturesque locales throughout Kazakhstan, including Zharkent, Chunzha, Borovoye, and Bayan. Custom-made, large-scale scenery has been built for the film’s production near Kapchagai and on the territory that belongs to KazakhFilm Studio.

The film started its domestic run on Friday, September 27. KazakhFilm officials are now negotiating with Turkey, Russia, Europe, and the United States to make the film go on display beyond the national borders.

“We expect that the geography of the film will expand worldwide. Turkic-speaking nations are especially interested in the film because the movie characters speak in the ancient Turkic and Persian languages,” Satayev said, according to a report by Kazinform.