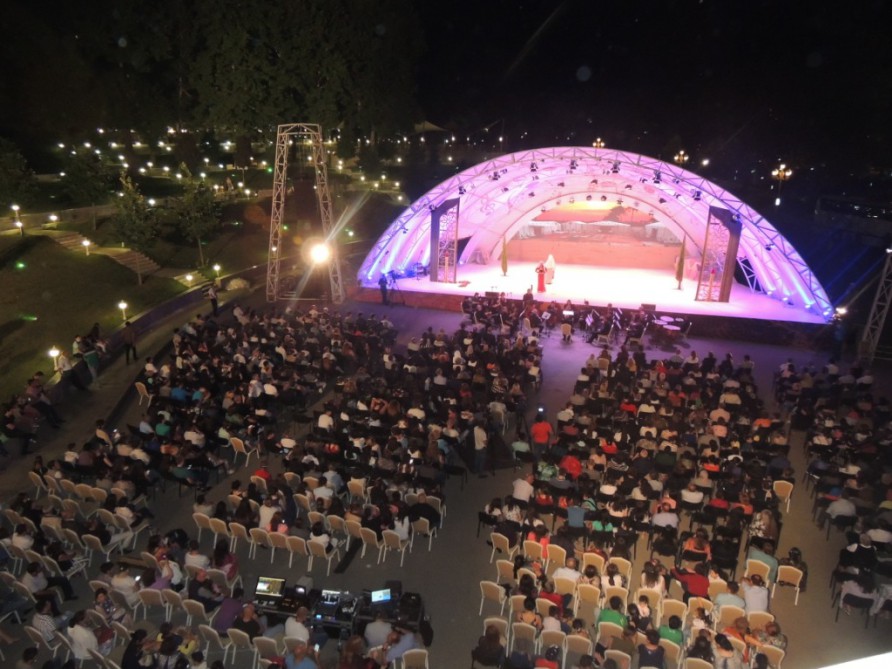 Gabala International Music Festival is an annual festival of classical music held every summer beginning in 2009 in Gabala, Azerbaijan. / AZERTAC

Famous musicians from Azerbaijan, Israel, Italy, Lithuania, Slovenia, Russia and the United States are performing at the festival, which will wrap up Thursday, August 3. Azerbaijan’s famous young pianists and musicians, students of the Baku Music Academy, and young members of the Clarte clarinet quartet will also be performing in what has become an annual open-air classical music event since 2009.

The festival opened with a performance by the Symphony Orchestra of Azerbaijan State Academic Opera and Ballet Theatre, which played pieces from Azerbaijani composer Uzeyir Hajibeyov's “Leyli and Majnun,” composed in 1908 and considered the Muslim world's first opera.

Gabala, a mountainous city in northern Azerbaijan, was once the ancient capital of Caucasian Albania (differing from the modern-day country of Albania, in Eastern Europe). The town was mentioned in the works of Roman historian Pliny the Younger as Kabalaka, and in the works of Greek geographer Ptolemy as "Khabala.”

In 2013, Gabala was declared the Cultural Capital of the Commonwealth of Independent States for its contribution to the history of Azerbaijan and the region. It is considered a popular summer and winter tourist destination due to its temperate climate, mountains and variety of fauna. Tufan Ski Complex, one of the biggest ski resorts in the Caucasus and serving up to 3,000 people a day, is located in Gabala.

Several engineering, construction, brewing, and food manufacturing industries, tobacco and silkworm cocoon drying operate in the area. A Beltmann piano factory, run by piano maker Hans Leferink, the grandson of Johann Beltmann who, in 1901, founded a similar business in the Kingdom of the Netherlands, helps put the city on the Caucasus classical music map.

The 9th Gabala International Music Festival is being supported by the Ministry of Culture and Tourism, the Heydar Aliyev Foundation and Gilan Holding.