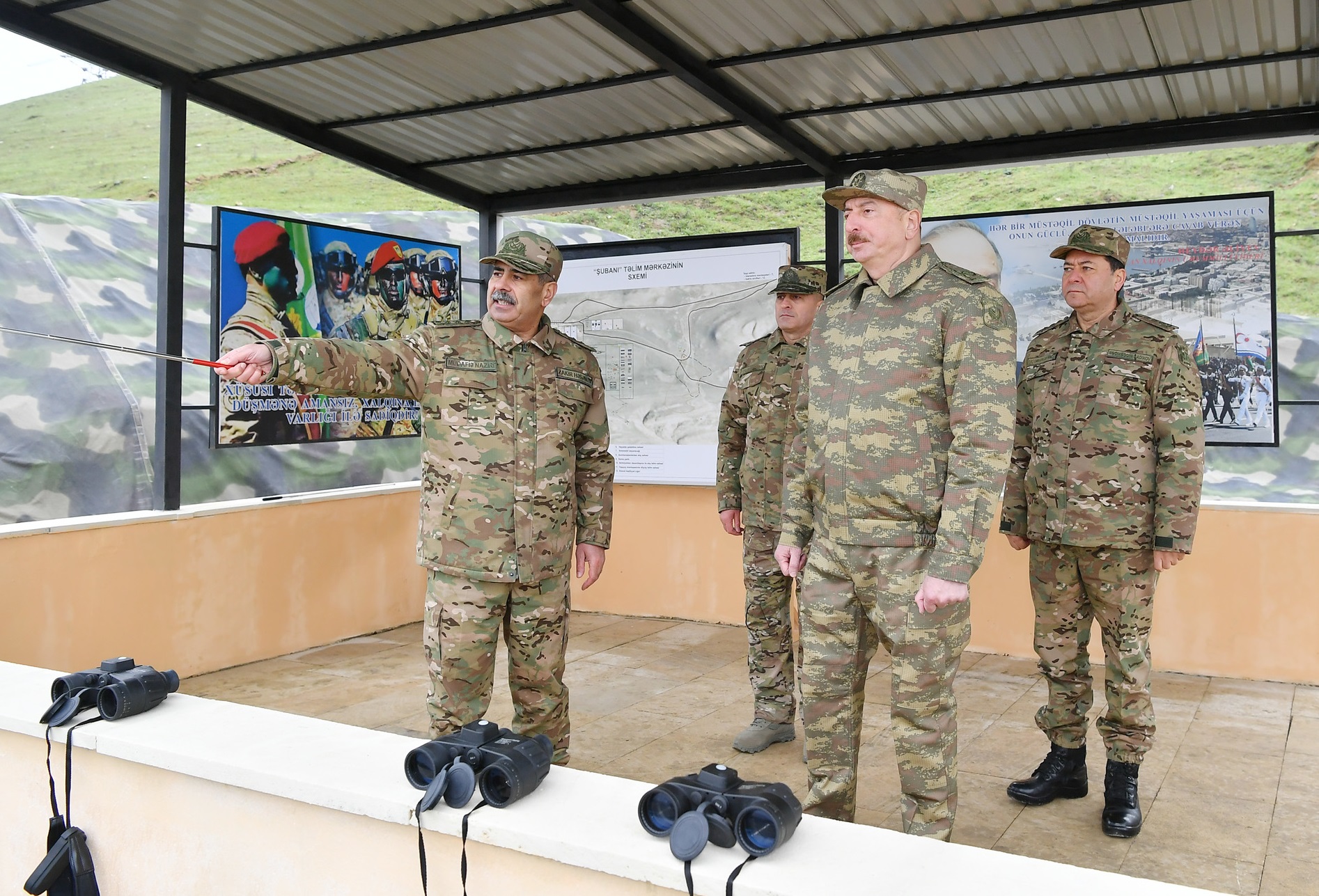 Supreme Commander-in-Chief of the Armed Forces of Azerbaijan Ilham Aliyev visited one of the special forces unit of the national army on the third anniversary of April War, April 2, 2019 / President.Az

Three years ago, an unfinished war between Armenia and Azerbaijan over the Nagorno-Karabakh region, which began in the wake of the collapse of the Soviet Union nearly three decades ago, broke out into its most heated period since a ceasefire agreement was signed in 1994.

Deadly clashes in the South Caucasus region exploded overnight on April 1, 2016, when Armenian forces deployed in the occupied territories of Azerbaijan began shelling Azerbaijani villages, catapulting the two neighbors into a war once more, until the ceasefire went back into effect on April 5. Azerbaijani forces stepped into the fighting in a retaliatory campaign to repulse the attack by the Armenian military, ultimately leading to Azerbaijan regaining territory occupied by Armenia in the 1990s.

Two strategic hills, including Lala Tepe hill, out of 13 strategically important heights located in the occupied territories of Azerbaijan – which include the Nagorno-Karabakh region and seven surrounding districts – resulted in the Caspian country retaking control of about 2,000 hectares (approximately 5,000 acres) of its land.

Uzeyir Najafov, a war veteran who is now 34 years old, had joined the battles fought in the April War as a sharpshooter and took part in the liberation of Lala Tepe hill, until he was injured by a gunshot wound to the leg.

“After preventing the large-scale provocation of the enemy, we have been ordered to seize the enemy posts by destroying the enemy positions and ensure the security of our positions,” Najafov told Ordu.az. “Our operation was successful. Shortly after we were ordered to attack, we had seized the Lala Tepe hill. Armenian soldiers that managed to survive, ran from the battlefield.”

According to data compiled by the Defense Ministry of Azerbaijan, Armenia lost over 320 servicemen and around 30 tanks and armored vehicles, as well as 25 artillery weapons as a result of the April War, also known as the Four Day War.

Political dialogue over the last few decades have not yielded any substantial results, and the events in April of 2016 testified to the fact that the conflict between Armenia and Azerbaijan in the occupied Nagorno-Karabakh region of Azerbaijan continues to remain a catalyst of hostilities in the South Caucasus.

Joshua Kucera, a freelance writer based in Washington D.C., wrote earlier this year that a common approach by Armenians and those living in the occupied Nagorno-Karabakh region of Azerbaijan reject making any concessions to Azerbaijan, stifling any hopes of a peaceful settlement to the issue.

“Non-compromising attitudes have become mainstream in Armenia and Nagorno-Karabakh. These attitudes jeopardize the prospects of peaceful resolution,” Kucera wrote, citing to the results of a survey that was conducted in 2017 by the Yerevan-based think tank Caucasus Institute.

He says the trend has become even worse after the war in April of 2016. Armenians hold a more radicalized approach and are willing to go to war to gain back any territory Azerbaijan liberated in that year’s conflict.