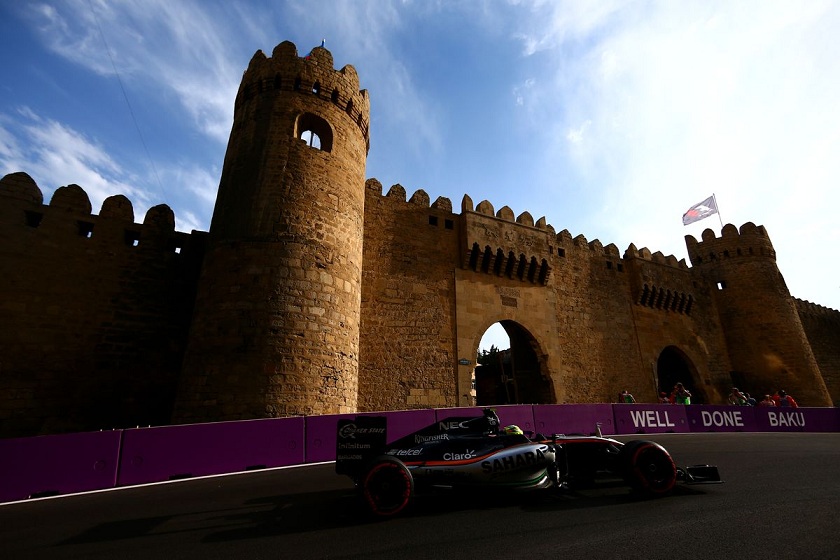 Formula One racer drives past the Baku Fortress Gates during the 2017 Azerbaijan Grand Prix, June, 2017 / Racedepartment.Com

Motorsport racing enthusiasts can book their tickets for the 2018 Formula One Azerbaijan Grand Prix starting today. The Baku City Circuit, which is responsible for organizing the event each year, announced it has launched ticket sales officially for the event to be held from April 26-29, 2018.

“In 2017, we sold nearly 25,000 tickets, which shows a 30 percent increase compared to sales during the 2016 racing,” the head of Baku City Circuit’s Commercial Department Bülent Özderim said at a press conference held Monday.

“We aim to increase ticket sales for the 2018 Azerbaijan Grand Prix, as well,” Özderim added.

Starting November 6 tickets go on sale via the official website of the Baku City Circuit as well as at special points of sale scattered across the city, including standalone boutique shops, shopping malls, and ASAN Service centers.

Ticket prices have not increased for the 2018 F1 race. Those offered during the 2017 Grand Prix, which varied from $35 to $350 based on seating, will remain in effect. In addition to standard seating, the Baku City Circuit offers an option to sit at the “Paddock Club” hall, a special closed zone built over the Formula 1 parking lot, where an entrance ticket cost nearly $5,000 in 2017.

Early birds will receive a 20 percent discount if they pre-order tickets. The sale runs through December. Locals in Azerbaijan will benefit from a 25 percent discount that runs until the event commences, in April of the next year.

“Seventy-one thousand spectators in total attended the 2017 racing in Baku over the four days,” Özdemir said of this year’s race, which ran from June 23-25. “Around 35 percent of them were foreigners from 65 different countries. In 2016 Grand Prix, foreign fans represented 45 countries. Based on our post-racing survey, 88 percent of foreign guests were satisfied with the Formula 1 racing in Baku in 2017,” Özdemir said.

The largest number of foreign motorsport fans who arrived to watch the 2017 Azerbaijan Grand Prix were from Russia, according to the Baku City Circuit data. The United Kingdom and Ukraine followed, with the United Arab Emirates, Iran, Kazakhstan, Turkey, the U.S. and Finland all coming behind the top three.

Next year’s Azerbaijan Grand Prix marks the third consecutive year that Baku, located on the western shore of the Caspian Sea, will host an FIA Formula One World Championship race. The 2018 Azerbaijan Grand Prix marks the fourth stage of the 2018 FIA Formula One racing calendar, which is entering its 72nd season of the world’s ultimate motorsport racing.

The Baku City Circuit is considered top-notch and one of the best in class. Located alongside the Caspian promenade, it has a 10-year contract signed between its Azerbaijani organizers and the Federación Internacional del Automóvil (FIA), which organizes the F1 races.

The circuit is the second-longest F1 track in the world, with a length slightly over six kilometers (3.73 mi). The toughest point in course is its narrowest, measuring 7.6 meters wide.

The circuit incorporates Baku’s UNESCO-protected old city, the Icherisheher or the Old City historical-architectural reserve, as well as the city’s modern skyline. The track begins at Freedom Square, loops around Government House before heading west to Maiden Tower, and then edges into a narrow, uphill traversal that circles the Old City before opening up onto a 2.2 km stretch along the seaside, on the way to the finish line.