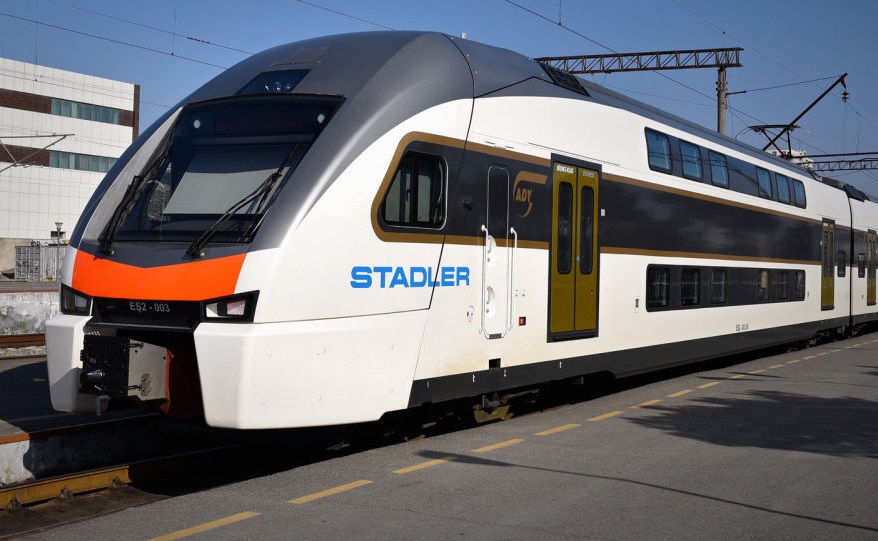 Preparations for starting a commercial passenger service along the Baku-Tbilisi-Kars railway kicked off this week, with the first passenger train arriving in Azerbaijan's capital city of Baku.

The train, made by the Swiss company Stadler and the latest addition to Azerbaijan Railways, made its way from Switzerland to Istanbul earlier this month. From Turkey it headed eastward to Georgia where it rolled onto the relatively new Baku-Tbilisi-Kars railroad that connects eastern Turkey to Georgia and Azerbaijan.

The 846-kilometer (526 mile) railway, constructed as a result of an interstate agreement reached in 2007, is currently used for cargo transportation. The line is already a major regional segment to a Eurasian network of rail and shipping routes that move goods between China and Europe, diminishing transportation times from anywhere between 25 to 30 days down to 15 days.

Commercial passenger services along the railway are expected to go online later this year. Cargo capacity along the route is estimated to be about 17 million tons per year, while the initial passenger capacity may be one million people.

In 2014, Azerbaijan Railways signed a $133.5 million contract with Stadler Rail Group to purchase 30 units of state-of-the-art passenger trains. Eighteen of the carriages are second class sleeper cars, equipped with 32 seats in four-seat coupes. Another three carriages are for first service, complete with 16 berths in two-seat coupes. Three cars are for first and second classes, with 20 beds each in double compartments. Another three second class carriages, with a total capacity of 18 beds that includes one compartment for the disabled, are also part of the deal. The fleet includes also a restaurant coach designed for 28 seats.